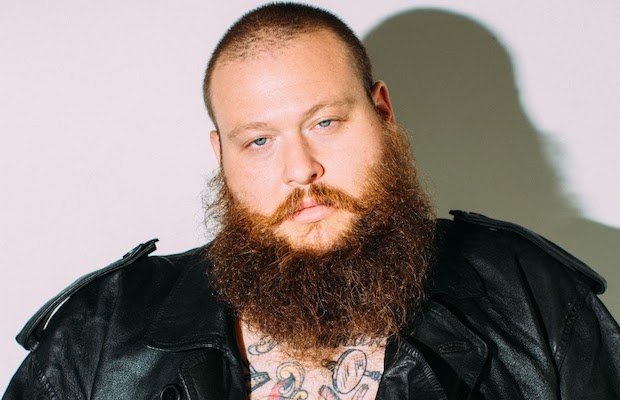 One of the most interesting figures to rise in the hip hop scene in recent years, Queens, NY’s Action Bronson, born Arian Asllani, made the transition from gourmet chef to hip hop artist in 2011, and has since been blowing up the underground scene with his old school New York rap revivalist style, gaining early recognition for a series of mixtapes and underground records, along with collaborations with the likes of Kendrick Lamar, Bun B, French Montana, Riff Raff, Danny Brown, A$AP Rocky, and members of the Wu-Tang Clan. Often compared early to Wu-Tang’s own Ghostface Killah, both for his stylistic tendencies and lyrical similarities, which is certainly valid (though Kool G Rap would be a better comparison), Action has transcended his NY retro sound that, yes, did resemble Ghostface, and has confidently found a distinctive identity of his own, balancing old hip hop tendencies while keeping his music fresh, and infusing modern sensibilities and smart, sharp lyrics oozing in self-awareness and confidence.

Since bursting onto the scene and linking up with Vice Records and later their Viceland TV channel, Bronson has, in the latter part of last decade, become something of a media personality, hosting his own talk/variety show The Untitled Action Bronson Show and travel program Fuck, That’s Delicious, connecting back to his culinary roots (more recently he even made a cameo in Scorsese’s The Irishman). And though brash, occasionally controversial, and unwilling to chase mainstream hip hop trends, the music he’s made across four studio albums- most recent 2018’s White Bronco– still feels like the most essential part of Action’s identity.

On the heels of a great new EP, Lamb Over Rice, Action Bronson has announced a full spring of tour dates, bringing him to Nashville for the first time in as long as we can remember to headline the new Brooklyn Bowl on May 5 with Meyhem Lauren! An exciting show for any fan of old school and underground hip hop, you can snag tickets right here while they last, and check out a full list of dates below.