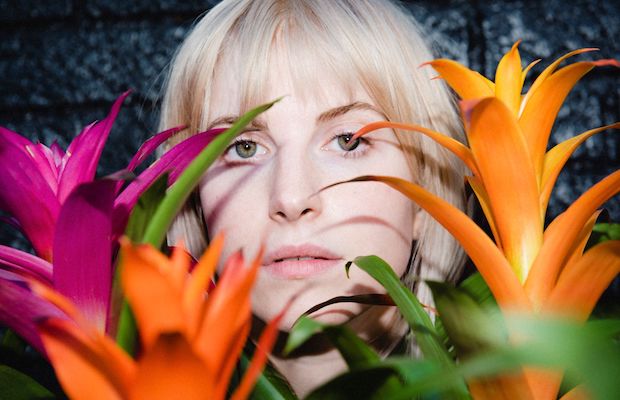 Since winding down a lengthy, world tour cycle in support of their stellar (and career-best) 2017 fifth LP After Laughter, a run which ended with an epic, hometown celebration dubbed Art + Friends in late 2018, acclaimed Nashville alt rock outfit Paramore have been understandably quiet. At the time, singer Hayley Williams told us in an interview that Paramore had no update on what would come next because they genuinely didn’t know, and planned then to take a well-earned breather (and to focus on personal ventures like drummer Zac Faro’s other band, HalfNoise, and Williams’ successful hair dye company, Good Dye Young). While we have no doubt that Paramore will be back and reenergized eventually, with Williams’ recent an unexpected tease of a new solo project, the band’s continued silence makes more sense; they’re simply making room for the singer to branch out on her own for the first time.

After posting a cryptic series of photos, video and sound clips and even flyers in several major cities, Hayley has unveiled a brand new single and music video, “Simmer,” the first track from her forthcoming debut solo LP, Petals for Armor (a moniker fans initially believed might be the alias for the project, however it will instead be released under her own name). Though she’s no stranger to features, dropping in with groups like CHVRCHES, American Football, B.o.B, Zedd, Say Anything, Set Your Goals, and more over the years, and did technically release a solo track, “Teenagers,” over a decade ago as part of the Jennifer’s Body soundtrack, “Simmer” is, for all intents and purposes, the most singular encapsulation of Williams’ true expression as a solo performer.

Written by Williams, along with Paramore guitarist Taylor York and live member Joey Howard, and produced by York, “Simmer” certainly benefits from existing apart from Paramore’s oeuvre, distinct as its own new thing (not that Paramore have seemed particularly married to their pop punk past in recent years, as evidenced by the alt pop turn on their eponymous 2013 LP, or the Talking Heads spirited After Laughter), channeling an almost Radiohead-like frenetic groove juxtaposed with piercing and hypnotic vocals and Williams singular spirit of delivery. Navigating the personal and contemplative nature of rage the temptation to succumb to it, “Simmer” is seemingly, like much of Paramore’s recent work, a reflection of a fraught and intense personal navigation being aired through song. And its appropriately matched video, a particularly narrative spot directed by Warren Fu (and involvement from a ton of other talented creatives), showcases a dark and raw side of Williams that so effortlessly suits the song.

What’s next for this solo chapter of Williams’ career reminds to be seen, but with a full album on the way, we’d imagine some shows might not be far behind (especially since she had a habit of intimate hometown warmups with Paramore). We’ll surely update you if we learn more. One confirmed item on the calendar we can share, however, is Hayley’s return to Bonnaroo in June to curate her Sanctuary of Self Love plaza for a second year- definitely exciting news whether or not it might include a performance.

For now, watch “Simmer” below, and keep an eye on the site for updates ahead of Petals for Armor‘s release this May1