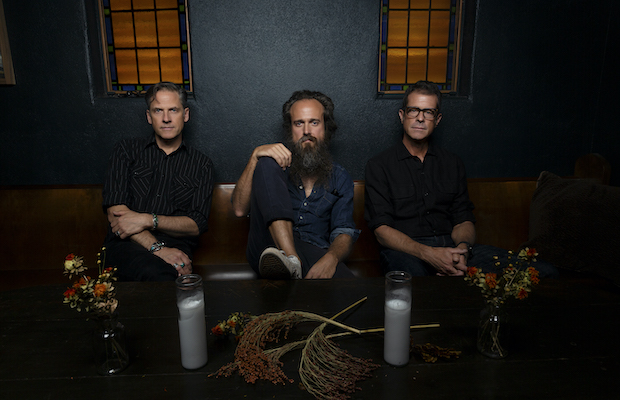 Individually acclaimed for their respective decades of fantastic individual work, folk and Tex-Mex infused indie rock duo Calexico and indie folk troubadour Iron & Wine first teamed up for a collective release way back in ’05, a fan-favorite EP called In the Reins. Though they remained friendly and occasionally guested on each other’s work in the ensuing years, their individual journeys saw their careers diverge. That is, until last year, when the beloved artists teamed up once more, this time for a full-length- Years to Burn. Recorded here in Nashville, the LP has also inspired Calexico and Iron & Wine to hit the road for a joint tour (where they all perform together each night with an array of backing players), a run which will make a stop at the perfectly-suited Ryman Auditorium on Feb. 11! And with Nashville residents and acclaimed folk and bluegrass duo Béla Fleck and Abigail Washburn tapped to open, it’s certainly looking like one of the winter’s hottest tickets. You can snag your spot right here while tickets last, but we’re thrilled to announce that we’re also giving away a pair of tickets to one lucky fan! Read on for more about the show, and enter for a chance to win below.

Winner will be announced Monday, Feb. 10 at 10 a.m. CST, and will receive one pair of tickets. Good luck!

Calexico and Iron & Wine, and Bela Fleck and Abigail Washburn will perform Tuesday, Feb. 11 at The Ryman Auditorium. The show is all ages, begins at 7:30 p.m., and tickets are available to purchase for $30-55.