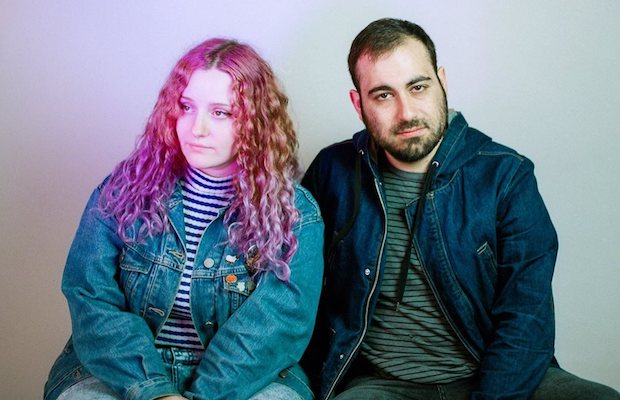 As regular readers know, we’ve been obsessing over local duo Sad Baxter for years now, who, with their grungy riffs, pop accessibility, and personal and melancholy themes craft typically sad, sarcastic songs which are delightfully juxtaposed with singalong worthy hooks, making them an essential rising act in Nashville’s flourishing underground rock scene. Their debut LP, Weirdy, arrived in 2016, and since then the group have only managed to generate more and more buzz, touring the country honing their fun, engaging live show, and crafting one of our favorite records of last year with their fantastic followup EP, So Happy. A couple of recent singles indicate exciting things to come, and any chance we have to see Sad Baxter live, whether it’s in support of some legendary touring act, sharing a bill with a fellow buzzworthy up and comer, or heading up a DIY show, the band are always a blast!

Tonight, Dec. 19, Sad Baxter finish out a busy year headlining a stacked hometown show at Drkmttr, joined by Future Crib, Heaven Honey, The By Gods, and Soy Milk Boy! While it’s been an unusually busy December for great shows (and even tonight, White Reaper offer an enticing alternative at The Basement East), we can’t recommend this lineup more highly, especially since it boasts such a vibrant offering of all-local talent, weaving between indie rock and pop, punk, garage rock, alternative, and more. As with all Drkmttr shows, it’s all ages, and admission will just cost you $10 at the door- a steal for this much excellent music.

Jangly, indie pop outfit Future Crib have been impressing us since springing onto the scene a few years ago, and recent LP Friends is without a doubt one of the year’s finest local records. Indiana transplant Heaven Honey more recently came onto our radar, appearing on DIY bills and honing a unique fusion of alt rock and etherial dream pop. Longtime faves The By Gods have always managed to weave between genres, channeling alt rock, garage pop, post-punk, and indie, evolved even further on a couple of great recent singles. And openers Soy Milk Boy exemplify Nashville’s underground alternative, garage and indie punk scene. You can go see a Star War later this weekend; don’t miss out!

Sad Baxter, Future Crib, Heaven Honey, The By Gods, and Soy Milk Boy will perform tonight, Dec. 19 at Drkmttr. The show is all ages, begins at 8pm (doors at 7pm), and admission is $10 at the door.