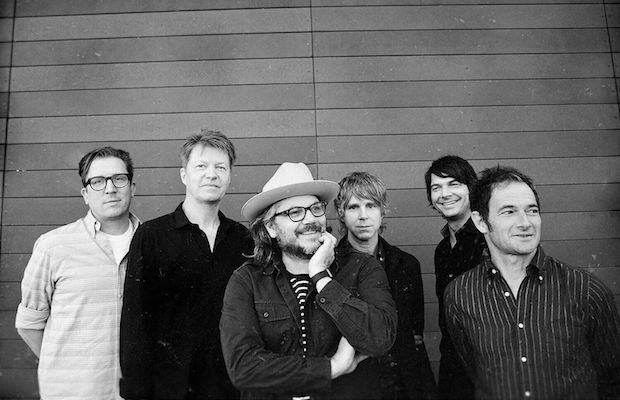 It’s only been three years since beloved Chicago alt rock outfit Wilco released their tenth LP, Schmilco, and only two since the group last toured, but given all of their individual activity since (and their prolific schedule in the years prior), it feels like much longer. Frontman Jeff Tweedy, particularly, has been incredibly active, releasing a memoir and pair of solo albums, and hitting the road in support, even passing through town earlier this year to play TPAC. As Tweedy’s activity winds down, Wilco have wound back up, and after a European tour this summer, the band are in the midst a fall trek of dates stateside, including a headlining stop tonight, Oct. 20 at the Grand Ole Opry House. The show marks Wilco’s first Nashville area appearance since the inaugural Pilgrimage Festival in 2015, and first headliner since a pair of Ryman dates the year prior, and comes just weeks after the release of their excellent new album Ode to Joy. Though, unsurprisingly, only a handful of tickets remain, you can still snag a seat of of writing right here, then read on for more about the show, which also features an exciting opening set from breakout local artist Soccer Mommy!

It’s only been a couple of years since local artist Sophie Allison first felt emboldened to embrace a lifetime of songwriting prowess, and released her introductory crop of bedroom recordings online under the moniker Soccer Mommy. Fresh out of high school, the young singer’s knack for crafting laid back, raw, and emotionally resonant songs helped her immediately plug into the flourishing Nashville DIY scene and generate broader interest, before soon relocating to New York to attend NYU and committing to foster her art from afar. As Soccer Mommy’s buzz continued to grow, Sophie inked a deal with Fat Possum Records, who released Collection, a chilled-out and loosely focused culmination of her lo-fi bedroom pop, in 2017. In the subsequent year, the project gained an unprecedented amount of traction, leading to Allison’s decision to put school on pause and return to Nashville to make Soccer Mommy her full-time focus, all the while touring the nation and sharing the stage with some big names like Paramore, Slowdive, and Mitski, and opting to take a more formal studio approach for the first time in crafting her gorgeous debut full-length, last year’s Clean. Released early last year, Clean delivers on the promise of the foundation laid by all of Soccer Mommy’s earlier work, maintaining the intimate, nuanced, and profoundly personal approach, which lands with an emotional weight and effortless cool that makes the 21-year-old up and comer one of indie rock’s most essential modern acts. Though sonically distinct, Soccer Mommy’s fast ascent and critically lauded career trajectory seems to be mirroring that of fellow local Julien Baker, and, like Baker, Sophie’s the real deal, earning ubiquitous praise for what is, without a doubt, one of last year’s most incredible albums.