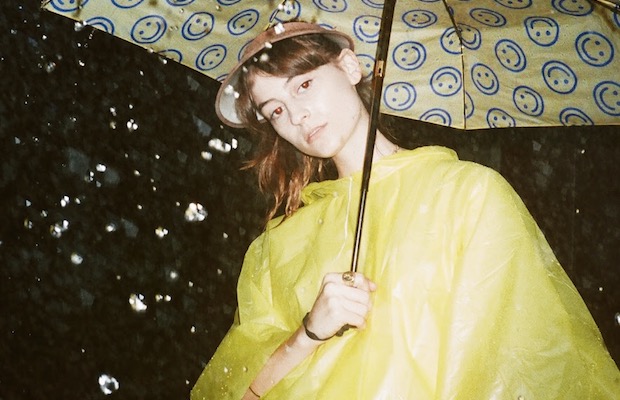 A fast rising artist in the indie scene, fusing a folky, alt-Americana background with a poppy, soulful, hip hop influenced, and contemporary sound, Atlanta’s Faye Webster, who has also attracted buzz for her photography and visual aesthetic as well as some killer yo-yo skills, released one of the year’s best albums in her latest, Atlanta Millionaires Club, and has already wowed us live twice this year, first in support of Deerhunter at Cannery Ballroom then over the summer at Bonnaroo. Set to return Oct. 22 at The High Watt, this time to headline, Webster’s first Music City outing since her latest LP will also feature genre-bending and folky kindred spirit, LA’s Jenny O. Easily one of the coolest shows of the fall, we strongly encourage you to catch Webster while she’s still playing intimate club shows, and you can do just that by snagging tickets here while they last! Or, if you’d rather leave it to luck, we’re excited to announce that we’re also giving away a pair of tickets to one lucky fan! Read on for more about the show, and enter for a chance to win below.

Briefly a Nashville resident while attending (and subsequently dropping out of) Belmont, 22 year old Atlanta singer-songwriter Faye Webster is an exciting and buzzworthy indie and folk up and comer, and an artist hard to pin to any single genre convention. Raised on country and western, Webster’s first album, released in her teens, is more informed by her Americana upbringing, but after getting into hip hop in high school, switching from songwriting to photography during her brief stint at Belmont, and falling into the Awful Records collective as her hometown friend group, Webster’s poppy, country-infused indie folk and synth-soaked style began to also take subtle cues from hip hop, leading to a pretty remarkable, eponymous 2017 LP (technically her sophomore release, but for all intents and purposes, treated as a formal debut). Simultaneously fostering her visual art career as a photographer, Faye’s hip hop ties extend behind the camera as well, counting Atlanta rap legends like Killer Mike, Lil Yachty, D.R.A.M. and Offset among her portrait subjects (Faye’s also dipped into directing, including work on her own music videos). And after nabbing a deal with Secretly Canadian, the talented rising singer returned earlier this year with her best album yet, Atlanta Millionaires Club. Drenched in pedal steel, the record continues the eclectic singer’s indie Americana and folk pop influences, fueled with a throughly contemporary indie aesthetic that echos other buzzy artists like Julia Jacklin and Big Thief. With her fresh and substantive musical style and unique visual flair, Webster feels destined to break out in a major way, and after catching her stellar performance earlier this year at Bonnaroo (and before that, at Cannery Ballroom with Deerhunter), her headlining return to Nashville is certainly one of the season’s must-see shows!

A fellow folk drenched, pop primed singer-songwriter who channels a similar earnestness and wistfulness as Webster, LA’s Jenny O. couldn’t be a better pick to open this show. Raised in Long Island, Jenny released her first EP nearly a decade ago, swiftly attracting attention for some strong early singles. Especially since the release of her first full-length, Automechanic, in 2013, helmed by buzzy producer Jonathan Wilson, she’s become a staple of the indie folk scene, and has seen her work featured in a variety of TV and film projects, and shared the stage with acts like Father John Misty, Rhett Miller, The Wild Reeds, Tegan and Sara, and Wanda Jackson. It’s been two years since the release of her sophomore album, Peace & Information, which means Jenny O. is likely due for some new tunes in the near future; make her opening set a priority!

Winner will be announced Monday, Oct. 21 at 12 p.m. CDT, and will receive one pair of tickets. Good luck!