[NO COUNTRY PREMIERE] Elijah Newman & The SideEffects Return with Reflective New Single and Video, “The Flipside” 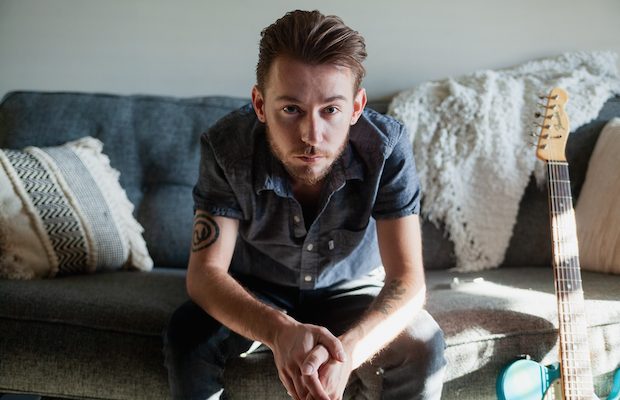 As you may recall, last summer we introduced you to local folk punk transplants Elijah Newman & The SideEffects, premiering a music video for “Free Born,” the title track from their forthcoming EP. With that record finally slated to arrive Nov. 15 via Wiretap Records, the group are set to debut another track, “The Flipside,” officially out on streaming services tomorrow, Oct. 11, but we’re thrilled to once again bring you an exclusive early premiere of an official music video for the brand new tune!

Hailing originally from Knoxville, Elijah Newman crafts a flavor of punk that infuses elements of folk and heartland rock, landing in a territory similar to performers like The Gaslight Anthem, Frank Turner, Dave Hause, or Chuck Ragan. Along with his band The SideEffects, the singer, who started as a worship performer in his teens, and moved to Nashville a few years back to attend Belmont, have released two EPs in recent years, 2016’s The SideEffects, and 2017’s more confident and honed All I Found (Was a Ghost), perfecting their sound and kind of coming of age, earnest, story-driven writing style that has quickly made them an exciting up and coming group to keep an eye on.

Much like “Free Born,” “The Flipside” feels like an even more refined and earnest evolution of the singer-songwriter’s earlier work, and the video, filmed by Steven Webster and written and directed by Newman, perfectly captures its tone.

On the background of the single, Elijah tell us:

“This is a song about loss, growing older, life changing and moving – and how we all have to make peace with that. I wrote ‘The Flipside’ in the throes of the passing of a dear friend, taken in a blink, and far too young. I found myself looking back to a time that wasn’t so bleak and watered down. In the wake of that nostalgia, I found peace in the fact that we have good memories to encompass the darkness of whatever trials we face in the now. My only hope is that someone can listen to this, remember who they are, where they’ve been, and find a way forward.”

Though they spent a lot of time on the road over the last year, Elijah Newman & The SideEffects don’t currently seem to have any full band local shows slated (hopefully an EP release event will be announced this fall), but you can catch Elijah in a more intimate writer’s round setting Oct. 23 at Belcourt Taps! Watch the official video for “The Flipside” below, stream the track on your platform of choice tomorrow, and look out for Free Born Nov. 15!