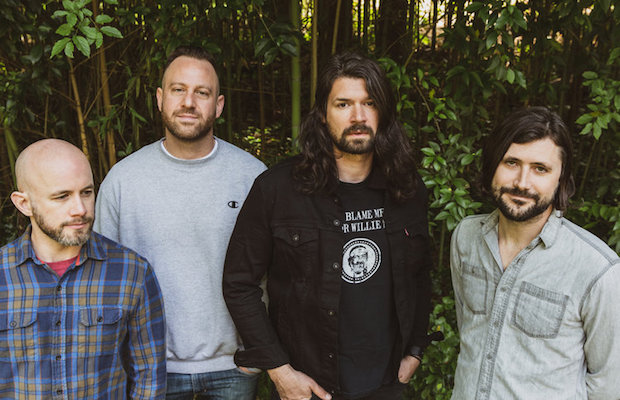 While they’ve been no strangers to Music City in recent years, it’s always exciting when beloved, trailblazing alt/emo rockers Taking Back Sunday come to town, particularly since they’ve been so deliberate in recent years to alternate between nostalgic, anniversary, and fan-service geared tours, and more traditional runs in celebration of new work. For their latest stop in Nashville, a pair of dates at Marathon Music Works on Oct. 16 & 17, the band are definitely doing more of the former, honoring their 20th anniversary by playing their classic debut Tell All Your Friends in full each night, as well as either sophomore effort Where You Want to Be or breakout third album Louder Now (the exact night for each to be determined at random), plus some other favorites. Obviously, this is an exciting prospect for any longtime TBS fan (and a perfect way for newcomers to see the band play some of the most essential work), and tickets for each night, which include support from Oklahoma punks Red City Radio, are still available right here (10/16) and here (10/17). We’re excited to announce that we’re also giving away a pair of tickets to each show, so if you’d rather try your luck (or hope to score admission to a bonus night), read on for more about the shows and enter for a chance to win below!

Winners will be announced Tuesday, Oct. 15 at 12 p.m. CDT, and will receive one pair of tickets. You may enter and be eligible to win for either or both nights, however winning tickets are for the date specified upon winner notification only, and cannot be redeemed or transferred to a different show. Good luck!