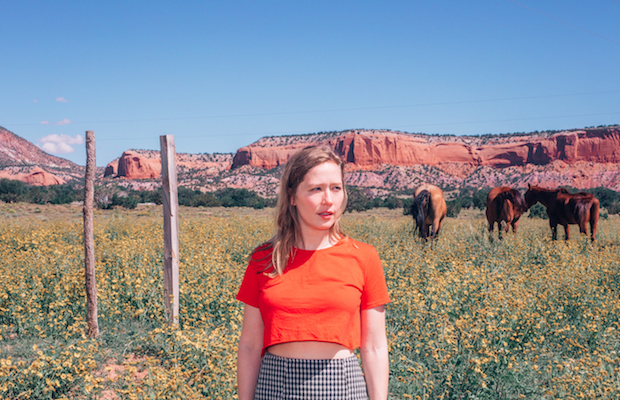 Since springing onto the scene in 2016 with her phenomenal debut LP, Don’t Let the Kids Win, and surpassing it with an even more personal and refined sophomore effort, Crushing, earlier this year, undoubtedly one of the best albums of 2019, Australian indie pop and folk singer-songwriter Julia Jacklin has become one of the most buzzworthy and essential new artists in the indie scene, touring the world and regularly appearing at major festivals (like Forecastle, where we caught her this summer). After making her apparent Nashville debut at Third Man back in the spring, we’re thrilled to see Julia return so soon, this time to headline Mercy Lounge tonight Oct. 9, along with indie folk singer, former Nashvillain, and recent Phoebe Bridgers collaborator Christian Lee Hutson! A must-see fall show for fans of earnest, dreamy indie pop and folk, tickets are available while they last right here. Read on for more about the show!

Julia Jacklin and Christian Lee Hutson will perform tonight, Oct. 9 at Mercy Lounge. The show is 18+, begins at 8 p.m. (doors at 7 p.m.), and tickets are available to purchase for $17.