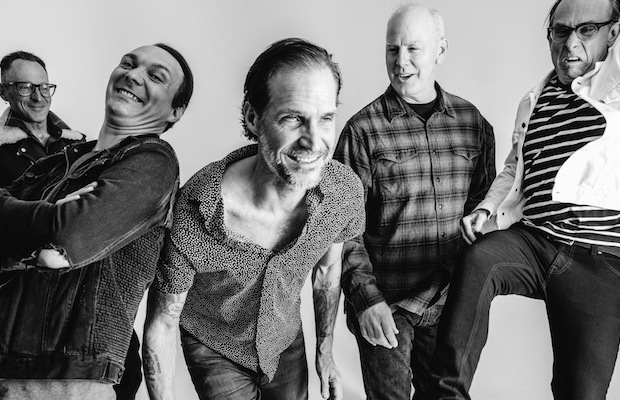 Formed in 1980 in Los Angeles, seminal punk act Bad Religion first rose to prominence thanks to a string of strong efforts in the early ’80s, helping usher in the Southern California punk wave that would eventually pioneer pop punk and yield the second mainstream explosion of punk rock in the early ’90s. Though the band have pretty consistently toured and released albums throughout their four decade spanning career, in more recent years their release cycle and tour plans have become more restricted and calculated (aside from other music and business ventures between various members, singer Greg Gaffin is, notably, a PhD and frequently serves stints as a college professor), and their latest LP, this year’s ferocious and essential Age of Unreason, comes after the longest gap between releases of their career, following 2013’s True North.

2013 is also the one and only time the band have ever made it to Nashville in all of their years, headlining War Memorial Auditorium for what, at the, time, we thought might be the only opportunity to ever see them in Music City (talk of retirement had apparently been buzzed about, but has thankfully since dissipated). Fortunately, we were wrong about that, as the legendary punk band return tonight, Sept. 26 at Cannery Ballroom, along with Philly rootsy punk rocker Dave Hause and The Mermaid and Texas indie/folk punk singer-songwriter Emily Davis and The Murder Police.

A band whose values of  truth, freedom, equality, tolerance, and science, and whose rebuke of government oppression, nationalism, bigotry, and economic injustice have always been front and center, Bad Religion always feel the most important and urgent at times when the world and society feel in decline, and it’s no coincidence they’ve made some of their best and most thoughtful and powerful work in the era of Reagan and Bush. With their first release of the Trump era, at a time where the world feels more tumultuous than ever, they’re the old school punks perhaps best suited to speak to our modern times, and seeing them in concert might just be the cathartic release we all need. Get tickets here while they last!

Bad Religion, Dave Hause and The Mermaid, and Emily Davis and The Murder Police will perform tonight, Sept. 26 at Cannery Ballroom. The show is all ages, begins at 7:30 p.m. (doors at 6:30 p.m.), and tickets are available to purchase for $32.50.