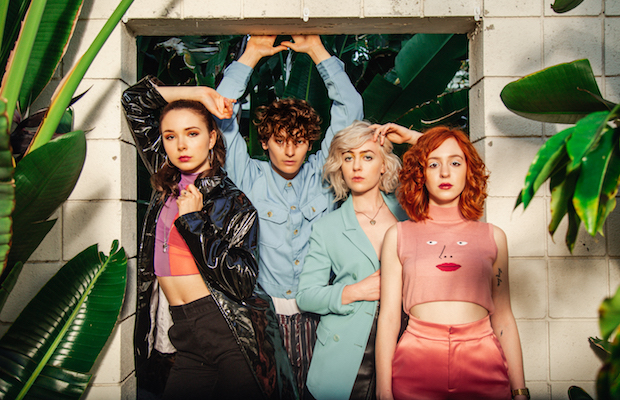 One of our favorite new bands of the past few years, young LA indie punk and garage pop outfit  The Regrettes nabbed a major label deal while still in high school, and made an incredible debut with 2017’s Feel Your Feelings Fool! They’ve been no strangers to Nashville, performing at beloved former record shop Fond Object around that time, and even stopping at Bonnaroo last year. Out in support of an even-better, brand new sophomore full-length How Do You Love?, the band are set to return to The Basement East, where they played late last year, tonight, Sept. 27 with fellow buzzy LA up and comers Greer and local indie faves The Pressure Kids. Fall is starting off string with a string of excellent shows, and this is surely one of our most-anticipated! You can snag tickets right here while they last, and read on for more about the show!

The Regrettes, Greer, and The Pressure Kids will perform tonight, Sept. 27 at The Basement East. The show is all ages, begins at 8 p.m. (doors at 7 p.m.), and tickets are available to purchase for $17.