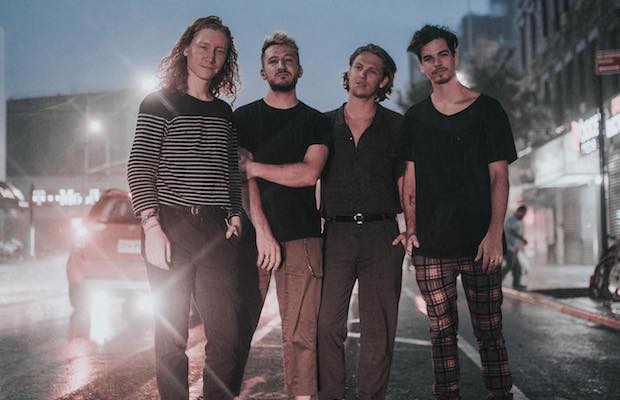 Oregon forged, LA based indie popsters flor first turned heads with their debut EP, sounds, in 2015, rapidly building a fanbase with their accessible, stylish, electro-laced style. After inking a deal with Fueled By Ramen, the label home of acts like Paramore and Panic! at the Disco (whose fans should definitely flock to this group), the band dropped their first full-length, come out, you’re hiding, in 2017, and have continued to rise in stock ever since, touring with acts like Halsey, Hayley Kiyoko, Paramore, and Walk The Moon, and appearing at events like Bonnaroo. Now a buzzy rising fixture in the trendy, indie sphere that has propelled numerous acts to crossover success in recent years, flor returned just weeks ago with their excellent sophomore LP ley lines, and will return to Nashville tonight, Sept. 18 to headline Exit/In in support!

Presented by Ones To Watch, this lineup is extremely cool from top to bottom, also featuring Arkansas indie pop duo joan, whose love of ’80s pop and ’90s r&b, fused with their nostalgic, shimmering synths and their 1975-esquse pop sensibilities, has attracted a cult following and landed them on tours with bands like COIN in recent years, and link-minded LA artist and longtime flor cohort Lostboycrow, whose stylish, electric fusion of pop and r&b definitely merits showing up early! Grab tickets here while they last, and preview all of the performers below.