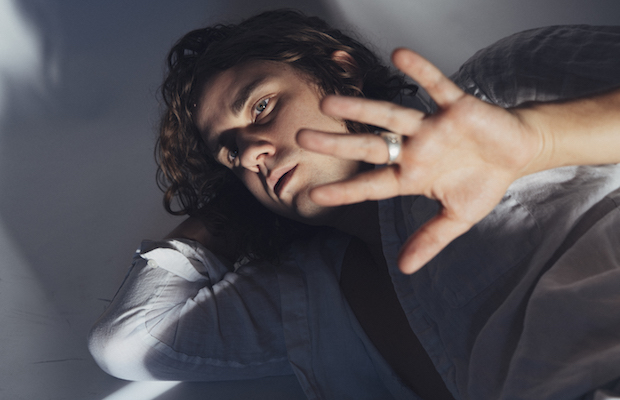 Since departing Woods and putting The Babies on pause, Morby has been enjoying a celebrated run as a solo artist, beginning with 2013 debut Harlem River, a love letter to his adopted home of New York, crafted after a move to Los Angles, originally conceived an acoustic effort but fleshed out with a full band. 2014 sophomore release Still Life, a more indie rock rooted departure from his folkier debut, brought Kevin more critical acclaim, and 2016’s Bob Dylan and Joni Mitchell channeling Singing Saw further flexed the rising artist’s story-driven, timeless style, which also adopts pieces of punk and lo-fi rock. 2017’s City Music, a sort of ode to the metropolitan experience, called more to the stylings of Lou Reed and Patti Smith, and further flexed Morby’s range and knack for nostalgia, while keeping his sound modern and fresh. And with this year’s latest, Oh My God, Morby finds both a new sense of spareness as well as more conceptual, honed ambitions, crafting yet another wonderful, contemporary piece of essential indie rock.

Before going solo under his own name in 2010 (after first releasing solo work under the name the Paper Hats), William Tyler had already been a part of two highly regarded and influential Nashville bands- Lambchop and Silver Jews. Like Morby, a transplant to LA (after many years spent cultivating his career in Nashville, and even at one time co-owning beloved venue The Stone Fox), Tyler has, over the last decade, made his own mark with four critically-acclaimed and diverse solo albums, each a unique, genre-bending sonic snapshot of a folk and indie informed musical virtuoso. Early in his solo career, it was just Tyler and a guitar on stage every night, and while the accomplished guitarist does still perform solo (as he likely will be on this tour), more recent years have seen him expand his sonic palate with a full band, elevating the live show to new heights, shifting his sound from more ethereal, heady solo guitar music to heavier, more head-bobbing grooves. William’s latest and fourth LP, Goes West, feels like both a perfect summation of his career so far, and the first truly homegrown effort influenced by his new home in SoCal, and, makes the Nashville expat’s homecoming even more exciting.

Tonight, Sept. 10, Morby, joined by multi-instrumentalist Cochemea Gastelum in a stripped-down configuration he’s dubbed the Kevin Morby Duo, will headline Third Man Records‘ Blue Room with an opening set from Tyler. An exceptionally cool and unique paring, we’re frankly shocked that you can still get tickets here as of writing, and urge you to do so ASAP!

Kevin Morby and William Tyler will perform tonight, Sept. 10 at Third Man Records. The show is all ages, doors open at 7 p.m., and tickets are available to purchase for $20.