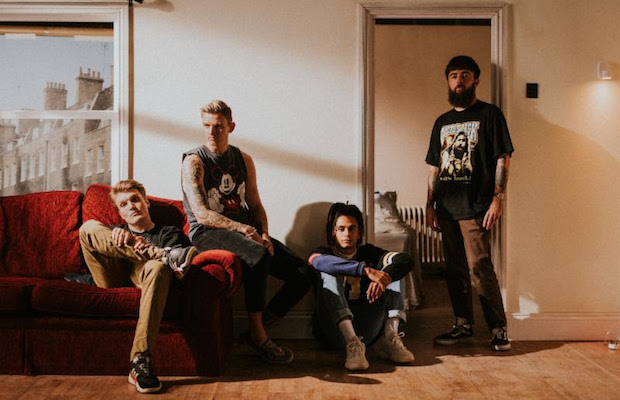 On the heels of a massive summer tour supporting iconic pop punk group Blink-182 and famed rapper Lil Wayne (which, unfortunately, didn’t include a Nashville date), buzzy Welsh pop punks Neck Deep are set to play what appears to be a one-off date in Nashville, headlining The Cowan for the first time on Sept. 23 with local pop punks Best Intentions and grunge pop duo Sad Baxter. As we eagerly await a followup to 2017 third album The Peace and the Panic (a new single, “She’s a God,” did recently drop in conjunction with their current trek), the rockers’ return, following a show last year at Marathon Music Works, is a welcome surprise, and may be their last before they have a new LP in tow. Tickets are still available right here, and we encourage you to snag them while they last, but we’re excited to announce that we’re also giving away a pair of tickets to one lucky fan! If you’d like to try your luck, read on for more about the show, and enter for a chance to win below.

Winner will be announced Thursday, Sept. 19 at 5 p.m. CDT, and will receive one pair of tickets. Good luck!

Neck Deep, Best Intentions, and Sad Baxter will perform Monday, Sept. 23 at The Cowan at Topgolf. The show is all ages, doors open at 6 p.m., and tickets are available to purchase for $25-28.