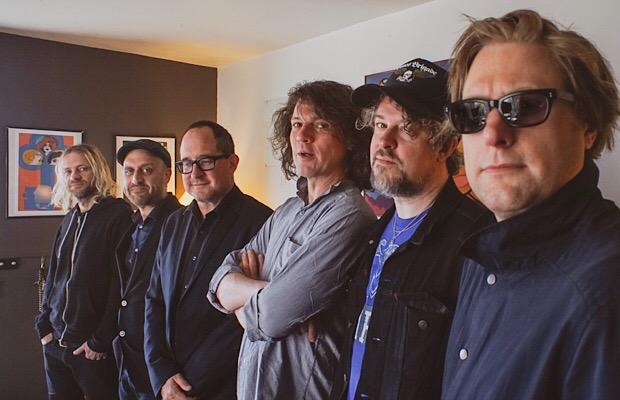 It’s now been 15 years since seminal Brooklyn indie rockers The Hold Steady burst onto the scene with their 2004 debut Almost Killed Me, and over a decade since they become one of the most critically lauded acts of the late ‘00s, first with 2006 third album and fan-favorite Boys and Girls in America, and beloved followups Stay Positive and Heaven Is Whenever. More recent years have seen the group slow down a bit, pursuing various other creative endeavors (like a healthy solo career for frontman Craig Finn), but after a five-year gap following 2014’s Teeth Dreams, the band made their triumphant return just weeks ago with a highly-anticipated seventh album, Thrashing Thru the Passion.

Out in support, The Hold Steady are currently playing a series of three-night club residencies in various cities (a trend they’ve adopted in recent years in favor of more extensive tours), and will kick off a trio of shows at The Basement East, what appear to be their first in Nashville in almost a decade, tonight, Sept. 5 with Atlanta indie rockers The Rock*A*Teens, continuing tomorrow, Sept. 6 with local grunge pop faves Daddy Issues, and concluding Saturday, Sept. 7 with Memphis genre-benders Big Ass Truck. While limited three-day passes are already sold out, we’re surprised to see that as of writing, you can still get individual tickets for each night! Easily one of the best indie bands in modern history, playing Music City for the first time in ages, these shows are a must for new and old fans alike. Grab tickets at the links below, and preview all of the artists at the bottom of the page!