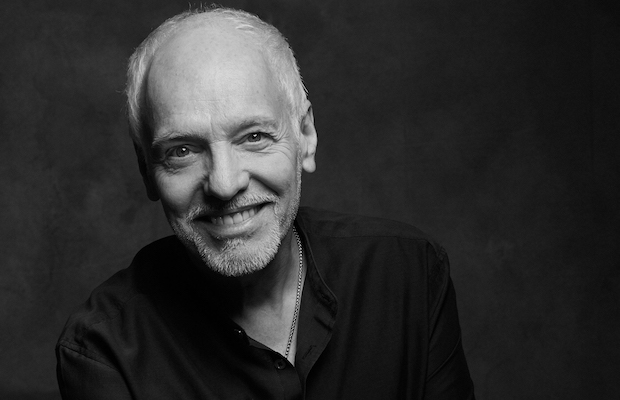 Rock legend (and current resident of Nashville) Peter Frampton erupted onto the music scene in the unlikeliest of ways: with a live album. After launching his musical career as a teen in both The Herd then Humble Pie, the English singer/songwriter/guitarist/talk box pioneer went solo at the start of the ’70s, met with moderate interest until, of course, 1976 smash hit Frampton Comes Alive!, which dominated the charts, wowed critics, and went on to sell more than 10 million copies worldwide. Frampton has continued to tour and produce albums in the decades since, and, while his position as a musical legend is certainly cemented, his career has ebbed and flowed over the years, though he’s definitely entered into legacy act territory, and has continued to tour on the hits at a prolific clip, settling into his role as a celebrated, award-winning, genre-defining legend of his era.

While Frampton seemed to be content to tour for many years to come, for the past few years he’s been harboring an unfortunate secret, having been diagnosed with the inflammatory muscle disease Inclusion-Body Myositis (IBM), which, tragically, will at some point degenerate his ability to play at full capacity, prompting the rocker to announce an extensive farewell tour this year, so he can take a proper victory lap on his own terms while still able to perform at his best (Frampton also recently released his first true blues album with the Peter Frampton Band, All Blues, though we hope he might continue to record even if he doesn’t feel fit to play live).

Tonight, Aug. 29, Frampton will return to Ascend Amphitheater (postponed from a June date that was rained out) with Jason Bonham’s Led Zeppelin Evening (formerly Experience), for what is currently expected to be his last Music City outing. Though, as a local resident, we wouldn’t be totally shocked to see him pop up at a special event in the future if his health permits, we certainly wouldn’t count on it, and urge you to celebrate this acclaimed and influential artist’s career, in his adopted hometown no less, one final time! Tickets are still available at a variety of price points right here while they last.

Peter Frampton and Jason Bonham’s Led Zeppelin Evening will perform tonight, Aug. 29 at Ascend Amphitheater. The show is all ages, begins at 7:30 p.m., and tickets are available to purchase for $29.50-300.