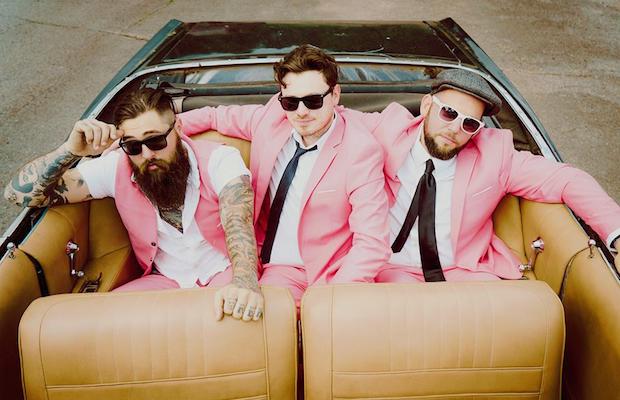 One of the original, breakout rock acts of Nashville’s early ’00s scene, before the city’s current boom in population and broader genre interest, garage rock and power pop trio The Pink Spiders saw a spectacular rise and untimely fall, at one point to positioned to the the next big thing. After almost a decade of relative dormancy, the band sprung back to life in time to celebrate the 10th anniversary of their best-known LP, Teenage Graffiti, in 2016, prompting a full-on return which resulted in last year’s ambitious, inspired, and mature comeback album, Mutations. Moving beyond nostalgia with an eye on the future, the Spiders have stayed steadily active in recent years, and are set to play their latest hometown show July 29, headlining The High Watt with local party punks Sexx and buzzy indie rockers Smart Objects. For a quality sampling of the best of the local rock scene, this lineup is tough to beat, and tickets are still available right here! We’re excited to announce that we’re also giving away a pair of tickets to one lucky fan, so if you’d rather leave it chance, read on for more about the show and enter for a chance to win below.

Winner will be announced Monday, July 29 at 8 a.m. CDT, and will receive one pair of tickets. Good luck!