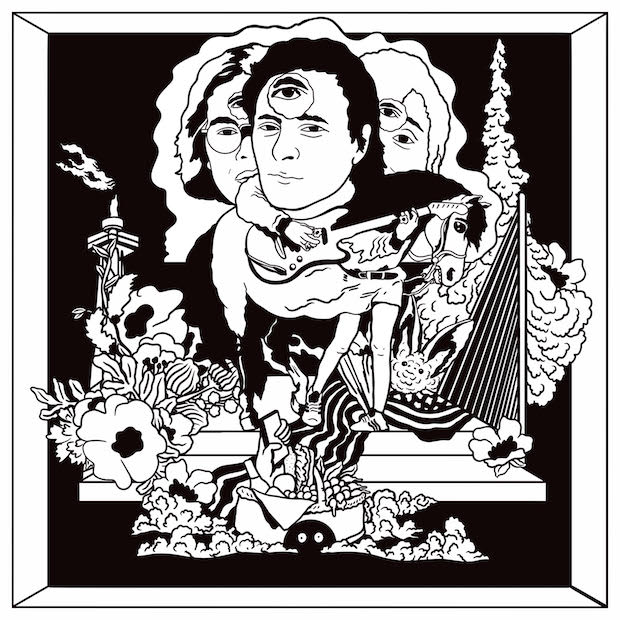 As we told you earlier this year, the prolific duo are prepping to release a collaboration album this summer, comprised of ten different tracks featuring ten different guest artists, spanning a variety of genres- a release they recently announced will be called Curio Cabinet I. Ahead of the record’s arrival, Okey Dokey have already debuted tracks with the likes of Dent May, Nari, and Welles, and, today, return with their latest, a team up with local retro pop favorites Harpooner, whose Scott Schmadeke wrote the song, “Edge of America,” a summer-y, laid back, layered, and vibe-y tune, filled out by Okey Dokey’s fantastic, complimentary stylings.

As Okey Dokey explain, on the forthcoming album, “This song with Scott is one of the many collaboration songs we are doing that we are eventually going to put together on a collaboration album titled ‘Curio Cabinet I.’ A Curio Cabinet is a display case for presenting a collection of curious items. It seemed so fitting to display all of these different songs with different people in one beautiful display.”

About their latest singe, Schmadeke adds, “The Edge of America is the nickname for Folly Beach, SC. It’s a tiny island where the cars drive 15mph and the bicycles cruise by even slower. Being right outside Charleston, where there is Chico Feo’s shark tacos and the Atlantic Ocean’s bathtub water, you can take it slow. This is my Kokomo (insert Beach Boys comic). Okey Dokey captures the mood nicely. You can taste the salt coming both from your open pores and the ocean waves.”

Hear “Edge of America” below, and keep an eye out for more collaboration tracks from Okey Dokey ahead of their new record’s release!