[NO COUNTRY PREMIERE] Trenton Returns with Poppy, Redemptive New Single “Not the Road” 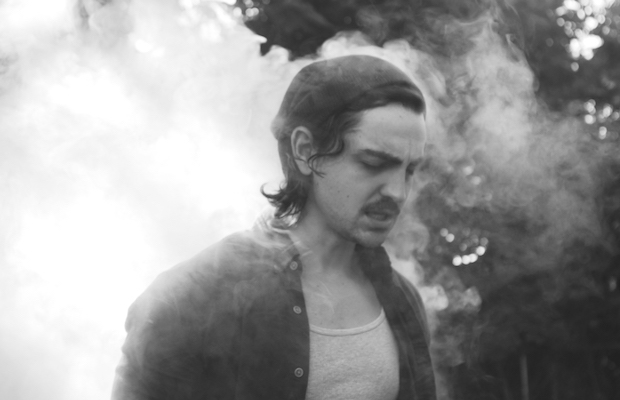 Back in 2015, local indie artist Trenton captured our attention with his magnificent, genre-bending EP Ghost Runner, which navigated the waters of pop, indie rock, and alternative, all the while honing a sort of layered, atmospheric, and anthemic pop sound which he’s leaned into with dense, cinematic flourish on subsequent work. When last we checked in, in 2017, the singer-songwriter was further expanding his sonic palette with his earnest, vibey, and stylish EP Promised Land, which he’s followed up with a handful of other great tracks over the past couple of years.

The live moniker of Florida transplant Ryan Courtney, Trenton is prepping to drop his first new song of the year, “Not the Road,” this Friday, June 21, but we’re thrilled to bring you an exclusive early listen a day early!

Kicking off an indefinite series of new singles that will arrive every six weeks (expect the next one Aug. 2), Trenton tells about about “Not the Road”s inception:

“For the longest time, all I had was this poppy, redemptive chorus. I didn’t think much of it and I didn’t quite know what to do with it.

..but as the pieces came together, and the verses took shape, the song started to feel more and more like a beautiful message from an older, much wiser version of myself telling me: ‘hey buddy, you’re okay. Moments of loss/grief have come and gone, but life is still here and now, and it’s beautiful. Just be where you’re at. You’re good’

It’s a simple message I think a lot of people could use right now. Or at least I did.”

Boasting all of the best elements that have made Trenton such a compelling local indie fixture, the tune marries big pop hooks, contemplative and layered instrumentation, and earnest, emotional vocal stylings for a catchy, intimate, slow-burn and dynamic arrangement that’ll stick with you all day. Pre-save the song on Spotify now to hear a special, unreleased demo, and look out for a Ry Cox directed video to arrive in the coming weeks. And, finally, Hear “Not the Road” right now below!