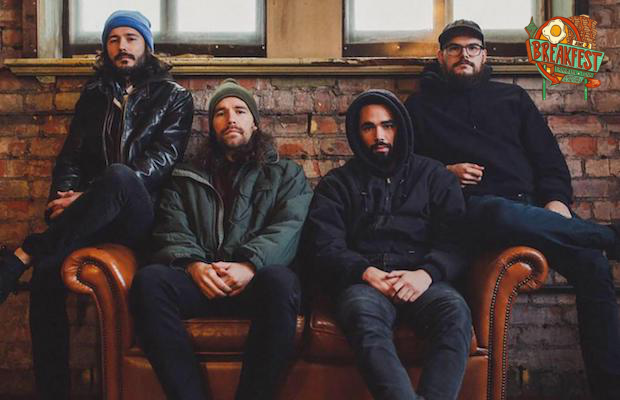 While they first managed to capture broader acclaim and establish themselves as one of the indie rock and post-hardcore scene’s most indispensable up and coming talents with their 2014 full-length debut, Stovall, it was couple years earlier that Microwave formally came together in the suburbs of Atlanta, initially an outlet for frontman Nathan Hardy as he returned home from a Mormon missionary trip, and began to sever tires from the church and explore the world outside of it. Recruiting high school friend and drummer Tito Pittard, and eventually guitarist Wesley Swanson and bassist Tyler Hill to round out the lineup, Microwave found some DIY level buzz with early EPs like Nowhere Feels Like Home and When the Fever Breaks Again in 2013, as well as through initial touring efforts, which frequently brought them to Nashville to play DIY haunts, and managed to put them on our radar early on as a nearby band to watch.

By Stovall, Microwave had signed to buzzy indie label SideOneDummy, amassing critical acclaim throughout the indie and punk sphere, and landing the band on the road with acts like The Wonder Years, Jimmy Eat World, Motion City Soundtrack, Man Overboard, Have Mercy, and many more, as well as spots at events like Warped Tour, Wrecking Ball, and Riot Fest in the following years. Funneling punk sensibilities into an indie and eclectic sound, also channeling elements of emo and post-hardcore, the band were able to capture much of the emotion and aesthetic of many memorable scene classics with their debut, powered by the gut-wrenching earnestness and confessional delivery of Hardy, who spent much of the first LP navigating the life experiences, excess, mistakes, and revelations of a world free of his religious upbringing. With 2016 followup Much Love, Microwave dialed up the angst and dark, internal conflict, moving beyond a wide-eyed view of a world anew into a jaded reflection on its reality, with Hardy finally comfortable in his journey to personal liberation, and yet still gripping with the existential implications. Due for a followup, Microwave return to town seasoned from several years on the road, and remain one of the most raw, eclectic, and earnest up and coming rock bands around.