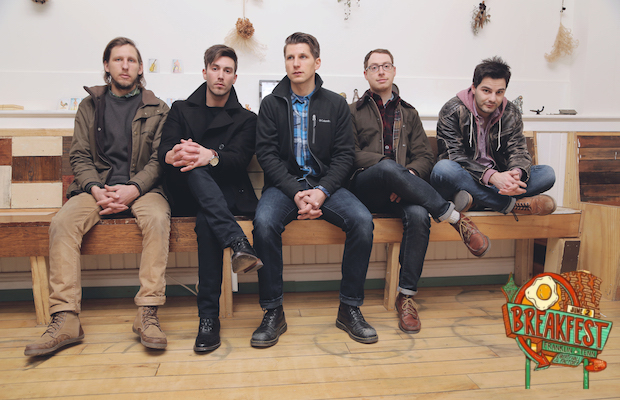 Formed two decades ago in Southern New Jersey, The Early November have been a staple of the indie/emo rock scene since the start of the millennium, not long after the young band recorded a five song demo in lead singer Ace Enders’ basement and sent it off to Drive-Thru Records, nabbing a deal with what would become one of the most taste-making labels of the era. Their 2002 debut EP, For All Of This, and followup full-length album The Room’s Too Cold, released the following year, are classics of their genre, switching back and forth from loud, swirling guitars to soft, melancholy acoustic tunes, showcasing Enders’ wide range of songwriting, and helping propel the group to cult fame and becoming a live touring fixture (appearing at events like Warped Tour and Bamboozle, as well as dates around the globe) as pop punk and emo took over the musical zeitgeist in the early to mid ’00s.

The band took a hiatus shortly after the release of their third album (which is technically three albums in one) in 2006, a concept record called The Mother, The Mechanic and The Path, and remained largely out of the spotlight (despite beloved other projects like Enders’ I Can Make a Mess Like Nobody’s Business and Ace Enders and Million Different People) until 2012 when they released In Currents, which took them back to their roots of loud, angsty rock with Enders’ emotionally charged vocals. The Early November followed up that in 2015 with their latest effort, Imbue, which seemingly came out of nowhere on Rise Records, continuing in that same path, and proving that they’re at their best when they’re doing what got them known in the first place. Later this year, TEN, still going strong, will debut their sixth LP, Lilac, and ahead of its release, return to town to rock BreakFEST, after a stunning Mercy Lounge stop last fall.

LISTEN | “Ever So Sweet”