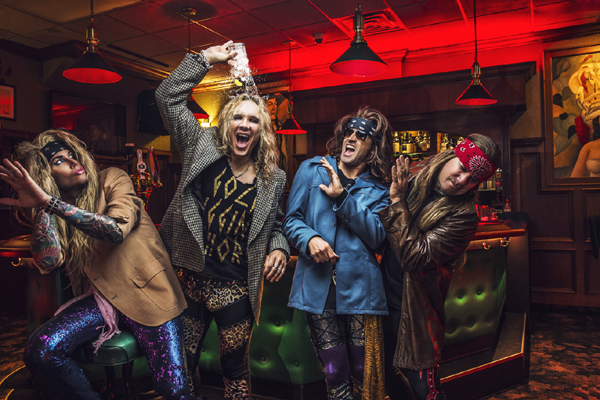 Postponed from an original date of March 6 (all original tickets will still be honored), LA’s Steel Panther, a satirical throwback to ’80s and glam metal, are finally set to roll back through Marathon Music Works tonight, May 25, along with Detroit hard rockers Wilson and Nashville’s own True Villains. If you’re an old school metalhead, or if you just like to laugh, you’ll definitely be entertained; tongue in cheek though they are, Steel Panther sincerely crank out some great tunes, and their raunchy, raucous persona is something you just don’t see much of these days. Head here for tickets, then read on more about about the show!

Steel Panther, Wilson, and True Villains will perform tonight, May 25 at Marathon Music Works. The show is all ages, begins at 8 p.m. (doors at 6:30 p.m.), and tickets are available to purchase for $28.