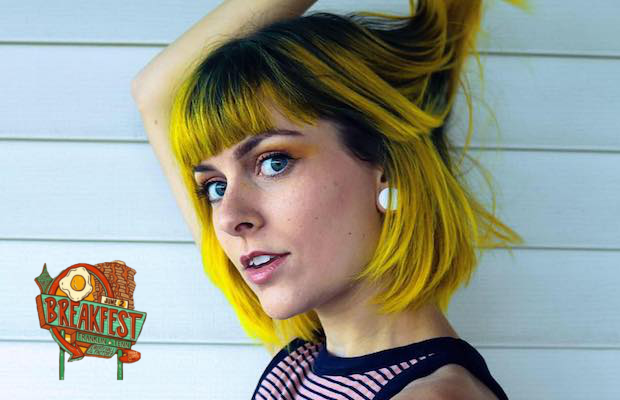 The musical alias of Kelc Galluzzo, who grew up in small-town Ohio, and knew from her youngest days that she had a passion for performing, Jetty Bones (named in honor of a real life Betty Jones, who apparently broke out of her all girl’s catholic school to remove herself from a situation where she wasn’t happy) first sprung onto the scene and caught our ear with her debut EP, Crucial States, in 2016. Cleary a fan of and influenced bands from the pop punk and emo world, even if her own sound often veers into indie pop territory, Jetty Bones further honed her style and crafted a more raw, personal, confessional, and poetic exploration of human connection with the following year’s sophomore EP, Old Women, released through Take This to Heart Records, and helping the talented up and comer reach an even wider organic following throughout the indie scene.

Still harboring a fiercely DIY attitude, relying on a close circle of friends and collaborators to help flesh out and perform what is largely a homegrown, bedroom effort, over the past few years Jetty Bones has already toured with exciting bands like The Wonder Years, The Early November, Tiny Moving Parts, The Dangerous Summer, Knuckle Puck, and Mat Kerekes, and has earned acclaim from outlets like Alternative Press, Substream, and Chorus.fm. On her latest EP, this year’s — (pronounced “hyphen”), Galluzzo has produced what is at once both her most polished, poppy, layered, and cohesive record yet, and also her most intimate and heavy, delving into topics like trauma, metal health, and interpersonal relationships, all wrapped up in sharp, poetic, and earnest lyrical prowess and lush vocal delivery. Resonant, real, and impossibly poppy, Jetty Bones is definitely a must-see at this year’s BreakFEST!