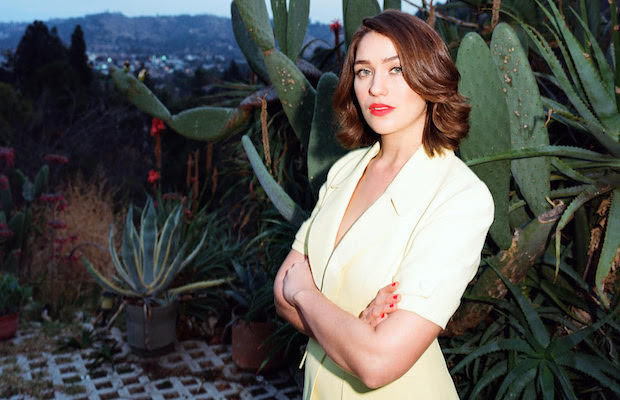 London born, New York City raised multi-faceted entertainer Lola Kirke might be most visibly known for her acting career, notably co-starring in award-winning Amazon series Mozart in the Jungle for the past several years, and rising to stardom with early film roles like Gone Girl and Mistress America, as well as more recent turns like Gemini and Untogether. However, Kirke, the daughter of Free and Bad Company drummer Simon Kirke, and younger sister of Girls actress Jemima Kirke and singer-songwriter Domino Kirke, has also been passionate about music since her teens, initially attracted the uniquely American, old school country and western sounds of classic artists like Gram Parsons. At 18, a recently heartbroken Lola began to write her own songs on a ukulele, soon moving onto guitar and forming an all-girl country band while a student at Bard College. Upon graduation, Kirke, who’s now 28, saw her acting career take off, but has managed to balance her musical pursuits as well, releasing an eponymous debut solo EP of country rock tunes in 2016, produced by partner Wyndham Boylan-Garnett, who’s gone on to helm much of her subsequent work.

2018’s full-length debut, Heart Head West, proved an even more focused and cohesive followup, leaning into the wistful, dreamy, psychedelic Americana of the ’60s and ’70s Laurel Canyon sound, as well as classic country and western, all funneled through a modern earnest folk pop lens, and propelled by Kirke’s powerful, gorgeous voice and personal, confessional, urgent, and autobiographical thematic leanings. Over the past couple of years, the rising musical talent, who splits her time between New York and LA, has become increasingly active live, appearing at events like SXSW, and continuing to push forward with her sound, releasing a string of fantastic post-LP singles, particularly a recent pair of tracks recorded in Richmond, VA with buzzy producer Matthew E. White: an inspired cover of Rick Danko’s “Sip the Wine,” and perhaps Kirke’s best original to date, “Omens.” Though, inevitably, an actor and musician whose on-screen career takes off more quickly than their recorded one will attract fans who only know them for their film and TV credits, Lola Kirke’s musical pursuit is far from a vanity project; she’s the real deal, an earnest, resonant, and stunning singer-songwriter who seems poised to have a long and fruitful musical career ahead of her, and is, without a doubt, a hidden gem on this year’s Bonnaroo lineup.