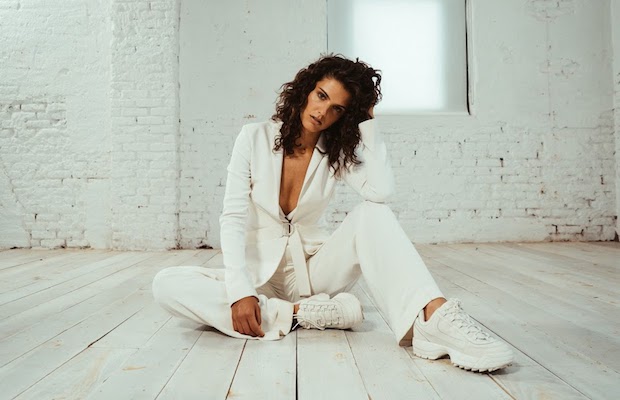 Born Emmy Giarrusso and classically trained as an opera singer, even attending the Berklee College of Music to hone her craft, EVAN GIIA began her sonic shift towards a more electronic and synth-laced, hook-heavy, thoroughly modern indie pop sound after meeting Ishaan Chaudhary, one half of Brooklyn based electronic and production duo MEMBA, who had a had in working on much of her music since, a few years back. Now based in Brooklyn as well, GIIA found some early buzz, radio play, prominent playlist spots, and millions of streams for early tunes like “Heat of the Moment” and “Brave,” eventually landing on the radar of famed electronic duo Odesza, who signed her to their buzzy Foreign Family Collective, and released her breakout tune “Westworld” in early 2018, propelling EVAN to #1 on the Hype Machine, and bringing her increased worldwide attention and millions more streams.

In the year and a half since, EVAN GIIA has really flexed her range as a multi-faceted creator, notably conceptualizing and self-directing her great video for recent and acclaimed tune “I Don’t Like Ur Friends.” And, after touring with Odesza last fall, she’s becoming a live force to be reckoned with as well, also making her bow at fests like Forecastle and Firefly throughout the summer. With her relatable hooks, unique alt pop flourish, and especially powerful vocal stylings, EVAN GIIA feels particular essentially amidst an ever-growing pop landscape, and is exactly the type of rising artist we’ve come to expect and appreciate on Bonnaroo’s Who Stage each year. Given their track record for booking pop singers right before they break out big, we have no doubt you’ll be seeing her on significantly larger stages soon- don’t miss a chance for an intimate introduction!