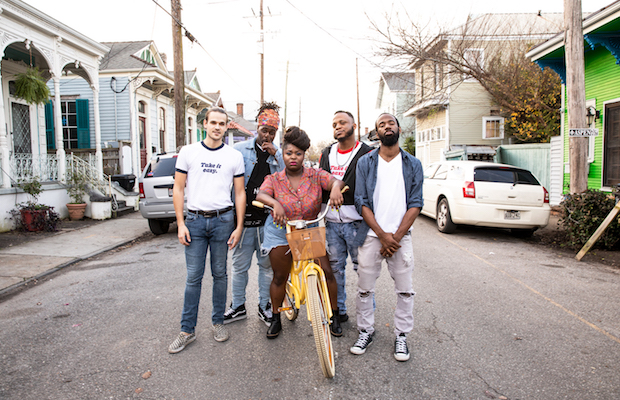 Though they’ve been around for almost a decade, the past couple of years have been particularly transformative for New Orleans genre-bending funk, soul, r&b, hip hop, and jazz rooted outfit Tank and the Bangas. If one instance could be highlighted in particular on their organic rise, it would be winning NPR’s competitive Tiny Desk Concert Contest in 2017, the aftermath of which has seen the band hop on even more big-name festivals bills and even nab a major label record deal, ahead of their forthcoming, highly-anticipated sophomore full-length, Green Balloon. They’ll return  to Nashville April 20, for their largest Music City headliner to date, at Cannery Ballroom with fellow New Orleans natives Maggie Koerner and DJ RQ Away! It’s guaranteed to be one electrifying, soulful, and incredibly fun night, and you can still get tickets right here. Or, if you’d rather take your chances, we’re also giving away a pair of tickets to one lucky fan! Read on for more about the show, and enter for a chance to win below.

Winner will be announced Thursday, April 18 at 5 p.m. CDT, and will receive one pair of tickets. Good luck!