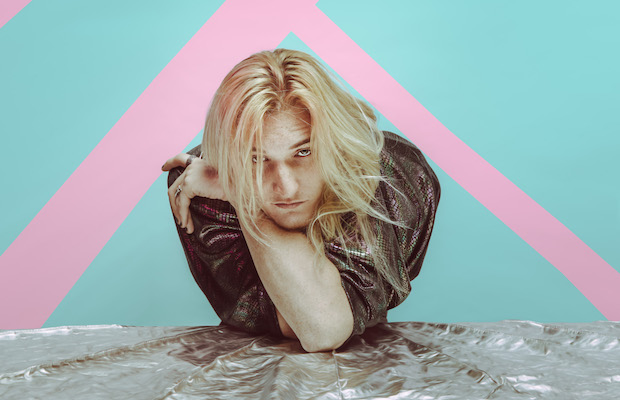 What started in 2016 as a psych pop and avant-punk solo outlet for former Chalaxy frontman (and current Creature Comfort drummer) Taylor Cole, Tayls have, in the years since, firmly established themselves as something of a local supergroup, still certainly anchored around Cole’s musical vision, but also counting familiar local faces Greg Dorris, Jessey Clarck, Molly Balsam, Atticus Swartwood, Justin Smith, Micheal Taylor, Jo Sugameli, and Andy Heath  among their ranks.

A string of dynamic, layered, eclectic, and personal early tunes hooked us from the start, as did Tayls’ raucous, joyous, electrifying, and visually immersive live shows, and with the release of the project’s eponymous debut EP last year (co-mixed by acclaimed producer Vance Powell), Tayls’ Flaming Lips-esque pop accessible, psychedelic whimsy has been steadily reaching a wider audience, and cementing the group as one of Nashville’s must-know rising acts.

One of the standout singles from last year’s release, EP closer “Change Your Mind” is more of a ballad than Tayls’ typical faire (but still a lush and powerful one), at the time described as “Inspired by his first long-term relationship falling apart, Cole tells the story of a magic toaster that falls in love with his human owner. As years go by, she replaces her kitchen appliances—the immutable toaster oven is stashed away in a cabinet until she needs him again. The Toaster, struggling to make peace with his lonely obsolescence, resolutely decides he can be anything for her.”

Today, we’re thrilled to premiere the group’s brand new music video for the single- their first official video release ever- which, with a closeup series of lighthearted interactions with the band, really serves in its simplicity to showcase the myriad of great performers who make Tayls whole, and the fun-loving whimsy that helps make the group so special. Watch “Change Your Mind” below, and keep an eye on the currently-underway Music City Mayhem competition, where Tayls will be up for a vote tomorrow!