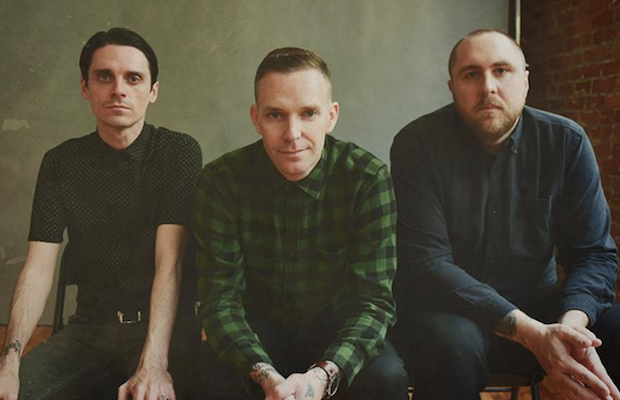 Melodic hardcore and emo-infused outfit The Movielife sprung out of the same late ’90s punk and post-hardcore scene that also birthed acts like Taking Back Sunday, Brand New, and Glassjaw. Though seminal and beloved by those dialed into the scene, their premature demise in 2003, just as many of their peers were beginning to find mainstream attention, left the band a little less visible, even than members’ post Movielife endeavors like I Am the Avalanche and Nightmare of You. Nostalgia for that era of the scene, however, as well as prominent name-checks from acts they inspired, helped keep attention posthumously focused on the band, and after a false start in 2011, they permanently reconvened in late 2014, and released their first album in 14 years, Cities in Search of a Heart, in 2017. A band we’re so excited to have back, especially for a reunion that seems organic and sincere, the band notably took part in last summer’s inaugural BreakFEST festival in Franklin, marking their first Nashville area show since the reunion.

Tonight, March 24, however, The Movielife return to town to play The End, for a tour that should be especially magical for longtime fans and those who never got to see them back in the day, as this time around the group are playing their classic 2003 third LP (and final from their original run), Forty Hour Train Back to Penn, in full, as well as the 2001 EP that proceeded it, The Movielife Has a Gambling Problem. An intimate room like The End makes this an especially essential performance, and with Piebald’s Travis Shettel tapped to play a solo set to open the show, it’s guaranteed punk nostalgia all around. Shockingly, you can still grab tickets right here; don’t miss it!