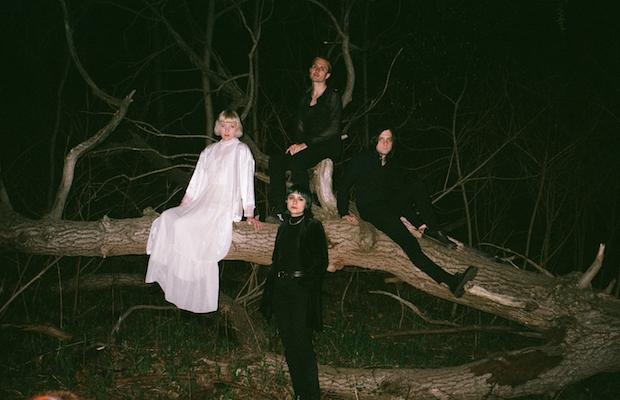 Returning for their first headlining Nashville show, after an impressive turn supporting FIDLAR last fall, Toronto grungy alt rock outfit Dilly Dally have been experiencing a well-deserved second phase of widespread critical acclaim since the release of their brilliant sophomore LP, Heaven, last year, a more than worthy followup to 2015 breakout debut Sore. Set to headline The Basement East tonight, March 25, the group will be joined by fellow Canadian up and comer Chastity, whose 2018 full-length debut, Death Lust, has helped bring the genre-bending, DIY spirited project a broader wave of recognition. Fans of punk-forged, raw, and earnest underground rock will absolutely want to make this show a priority, and tickets are still available right here while they last! Read on for more about the show.

Dilly Dally and Chastity will perform tonight, March 25 at The Basement East. The show is 18+, begins at 8 p.m. (doors at 7 p.m.), and tickets are available to purchase for $15.