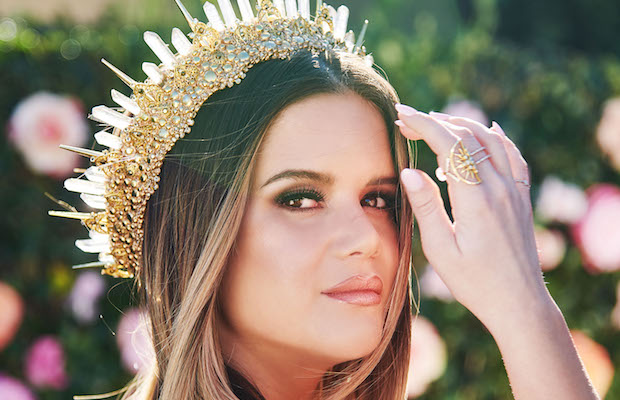 As we told you earlier this year, breakout local country singer Maren Morris is set to headline The Ryman Auditorium for a sold out show tonight, March 13, with support from likeminded singer Cassadee Pope. Part of a run dubbed “Girl: The World Tour,” in support of her stellar new LP, Girl, which dropped last week on International Women’s Day, Maren’s hometown outing comes on the heels of an impressive string of recent appearances, including performances of her lead single and title track on The Tonight Show with Jimmy Fallon and The Today Show, both on NBC.

The Texas raised, Nashville based singer has had a star-making several years, swiftly transcending her promising early start as a writer (notably, contributing songs for TV’s Nashville as well as a host of big-name artists) to a Grammy winning superstar, breaking out with 2016 debut LP Hero, and teaming up with EDM artists Zedd and Grey for inescapable, ubiquitous 2018 monster of a pop tune, “The Middle.”

On the heels of another round of Grammy nominations, and her recent addition to this year’s impressive Bonnaroo lineup (graduating, notably, from her debut as a Club Stage artist in 2016 to a top-tier performer), Morris’s highly-anticipated sophomore LP is her best, most-earnest, empowering, and ambitious work to date, and her current world tour is the latest testament to the singer’s staggering, well-deserved ascent, bringing a powerful, unrelenting new voice and attitude to the modern country landscape which long has and continues often not to give female artists their rightful due.

Though it’s too late to snag tickets to see Maren this evening (unless you luck out on a last minute resell), you’ll have another opportunity soon at Bonnaroo! Watch her recent television appearances (and her official music video for “Girl”) below, and stream Girl on your platform of choice right now.