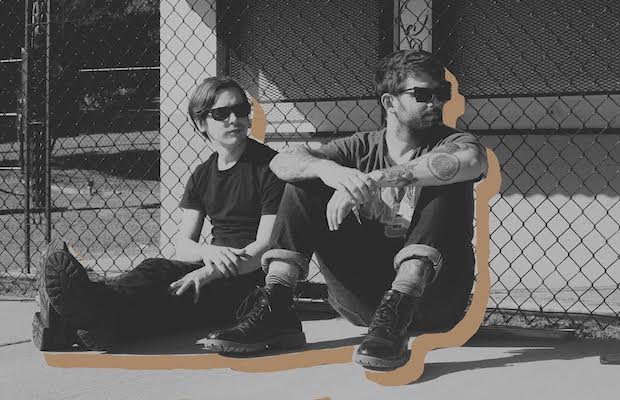 What began as something of a bedroom recording vehicle for principal songwriter Taylor Lowrance, local shoegaze-y, dreamy, poppy, and folk-tinged indie outfit Hari The Band have steadily become a buzzworthy underground fixture in recent years, rounded out by Ben Crannell and Brennan Walsh, who Lowrance met while performing in other projects within the Nashville indie scene (most notably, Shy Guy).

After gaining traction with promising early tunes and frequent live outings around town, Hari released their debut EP, Daze in the Sun, last spring, earning critical praise and broadening their reach, increasingly becoming a must-see live act and fixture of frequent DIY and club show appearances all over town throughout last year.

As they gear up to release a highly-anticipated new EP, due out this summer via Cold Lunch Recordings, Hari are set to drop their first taste of new music tomorrow, Feb. 15 with their latest single “Numb” – however, you can hear it early with our exclusive premiere below! In typical Hari fashion, the tune gloriously fuses layered, etherial indie pop and shoegaze with a broader, driving and timeless indie rock pulse, adopting a more refined sonic clarity and mesmerizing quality that exceeds anything on their debut.

To celebrate their new single, Hari will perform this Saturday, Feb. 16 at The 5 Spot, along with Patzy and Cave Mode Shake; an inexpensive, local outing that should be a high priority on your weekend musical agenda. Head here for details about the show, then press play to hear Hari The Band’s stellar new jam “Numb” below!