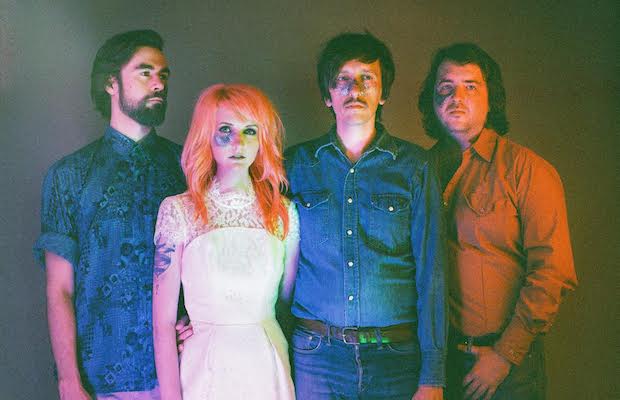 One of our favorite bands since their (and our) earliest days, eclectic local outfit Waterfall Wash are back with a tune that’s at once new and old, and we’re thrilled to bring you an exclusive premiere of their latest: “Colors”

Recorded and mixed by Nick and Mark Bullock in Nashville, then mastered by Alan Douches (Saves the Day, Beach Slang, Converge) at West West Side Music in New York, “Colors” is, notably, the oldest ever Waterfall Wash song, written on an acoustic guitar on an East Nashville porch back in 2010, and ending with an 8-minute feedback experiment at Awake Studios, after years of numerous full-band interpretations.

“Basically, [guitarist Marshall Dunn] dimed a Marshall, and Nick Bullock mic’d the piano to capture guitar feedback, building a wall of sound with harmonic undertones from the vibration of piano keys,” frontman Michael Roddy explains about the recording’s unique and layered tone.

“Colors” in its final form is, perhaps, the best auditory example of just how much Waterfall Wash have evolved and settled into their defining sound. Always open to genre experimentation, the group’s early years and first EP, 2015’s (now largely unavailable) Foreign Chords, took on a folkier bent, albeit with unique instrumentation and persistent pop accessibility. By 2016 mixtape Married to the Sound and their last EP, 2017’s Become What You See, however, the band, whose lineup has evolved as well, had taken on a fuzzy, lo-fi, synth infused indie pop sound, incorporating big hooks, layered melody, and even pulling from elements of math rock and pop punk to hone a unique and experimental, yet pleasantly approachable style.

Though no release plans have currently been announced, “Colors,” like last year’s excellent cut “Chris,” proceeds the band’s long-in-the-works debut full-length, which we’re keeping our fingers crossed to hear by the year’s end. In the coming weeks, the group are also slated to premiere a brand new music video for their latest single, so you have that to look forward to as well. For now, sink into “Colors” below in all of its ambient, synth-drenched, enchantingly rhythmic, and melodically dense glory, one the best examples yet of why Waterfall Wash are an essential local act to watch, and then catch them Feb. 18 at The Cobra!