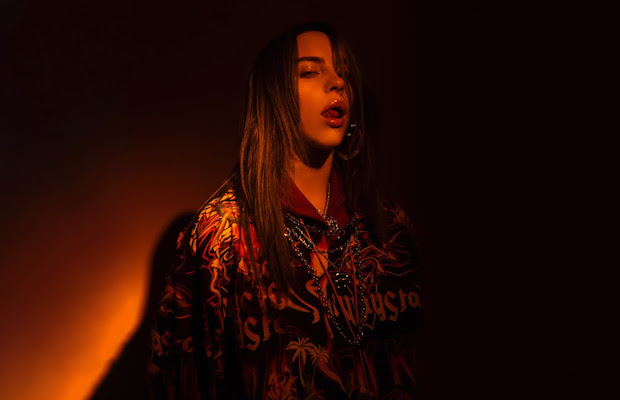 At barely 17, LA electropop up and comer Billie Eilish is already making waves as one of the most promising young singers in pop, and managed to blow us away with her debut, main stage appearance at Bonnaroo last summer, despite being barely older than the fest itself. Don’t let her youth fool you though; Billie hails from a talented, artistic family, and has been an aspiring performer since her preteen years. She released her breakout single “Ocean Eyes” in 2016, amassing millions of plays and inking a deal with Interscope for her 2017 debut EP Don’t Smile at Me, going on to attract viral fame and a rabid young fanbase over the past couple years since, achieving further hits like Khalid teamup “Lovely” and more recent cuts like “You Should See Me in a Crown,” “When the Party’s Over,” “Come Out and Play,” and, most recently “Bury a Friend,” even landing a song on the soundtrack for esteemed Alfonso Cuarón film Roma, “When I Was Older.”

A confident, youthful, uncompromising, and supremely cool new performer, Eilish seems primed for a long and successful pop career, and, already, with massive shows and uncontainable hype surrounding her, the singer’s unbelievably highly-anticipated debut full-length, When We All Fall Asleep, Where Do We Go?, which drops in March, is primed to be one of the year’s biggest, most talked about releases. After a stunning Music City debut late last year in support of Florence + the Machine, Eilish has just announced her first-ever headlining show in Nashville, June 21 at Ascend Amphitheater with rapper Denzel Curry, as part of a summer run of huge dates.

Guaranteed to be one of the quickest selling shows of Ascend’s already impressive, growing 2019 slate, tickets are set to go on sale this Friday, Feb. 8 at 12 p.m. CST right here (you can also try your luck registering for pre-sale tickets here). Watch Billie’s brand new video for “Bury a Friend” below while you wait!