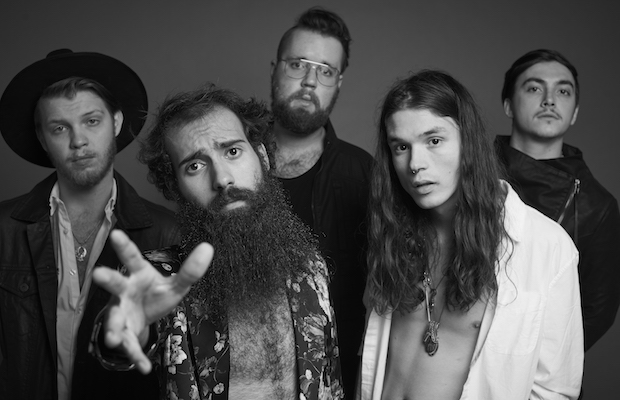 For the past several years, we’ve watched Boone, NC eclectic rock outfit Rainbow Kitten Surprise balloon from a buzzy indie fixture to a nationally lauded, major label backed, must-know band, frequently stopping through Music City on their ascent, each time with impressive new tunes in tow. After stopping through last spring to play Cannery Ballroom, not long after their stellar Elektra debut How To: Friend, Love, Freefall, then returning in the summer to rock Live on the Green, we’re thrilled to RKS back again so soon, this time for an impressive and well-earned two-night stand at The Ryman Auditorium, Feb. 24 & 25 with fellow folk-tinged up and comers Mt. Joy, a testament to just how huge they’ve become. Night one is already sold out, so if you’ve been slacking, we’d urge you to snag tickets to night two ASAP right here! However, we’re thrilled to announce that we’re also giving away a pair of tickets to the Feb. 25 show to one lucky fan; read on for more about the lineup, and enter below.

Winner will be announced Tuesday, Feb. 19 at 12 p.m. CST, and will receive one pair of tickets to the Monday, Feb. 25 date only. Tickets cannot be redeemed or swapped for a different show. Good luck!