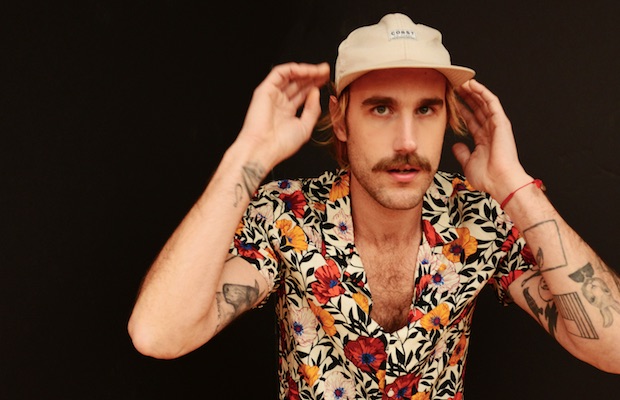 The ascent of local singer-songwriter Rayland Baxter has been an exciting one to watch, and is certainly well-deserved, as he’s one of the most profound and versatile artists to emerge from the Nashville scene and recent memory. After collaborating with Caitlin Rose on “Shanghai Cigarettes” way back in 2010, Rayland, the son of multi-instrumentalist Bucky Baxter (who’s played with everyone from Bob Dylan to Ryan Adams), found swift critical praise for his 2012 full-length debut, Feathers & Fishhooks. Big tours, festival appearances, and national buzz would soon follow, and by 2015’s incredible Imaginary Man, Baxter had begun to play with a full backing band, and to push his early alt-country and Americana leanings to more adventurous, rock-infused, pop, and retro psychedelic heights.

Now firmly a national presence, and certainly a local icon, Baxter released his latest LP, Wide Awake, last summer, taking an even more expansive, honed, and filled-out turn. Written while isolated in an old rubber band factory in Franklin, Kentucky, and recorded in Santa Monica under the guidance of acclaimed producer (and sometimes Nashvillian) Butch Walker, the record features Dr. Dog’s Erick Slick on drums, Butch Walker on bass, Cage The Elephant’s Nick Bockrath on guitar, and piano wizard Aaron Embry (Elliott Smith, Brian Eno) on keys, culminating in a hypnotic, harmon-laden, substantive, and socially-charged effort that is, without a doubt, Baxter’s finest work yet.

After fantastic outings last year at both The Basement East and Live on the Green, Baxter plays his first hometown headliner of 2019 tonight, Jan. 26 at Marathon Music Works; a considerably larger room and a testament to how much Rayland’s profile has increased in recent months. Joining him are buzzy, swiftly rising Virginia alt/indie duo Illiterate Light, and Sad Penny, the stellar new solo indie project of former Saint Johns singer Jo Meredith. It’s a killer bill from top to bottom, so grab tickets here while they last!

Rayland Baxter, Illiterate Light, and Sad Penny will perform tonight, Jan. 26 at Marathon Music Works. The show is all ages, begins at 7:30 p.m. (doors at 6:30 p.m.), and tickets are available to purchase for $25.