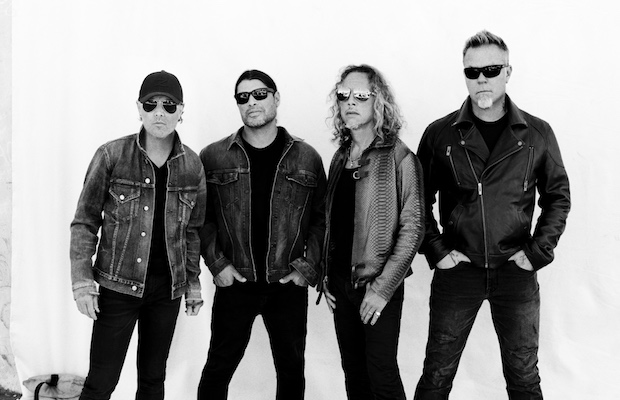 Enjoying their highest critical praise since the turn of the century for 2016’s 10th full-length Hardwired… to Self-Destruct, the band are entering year three of their extensive, epic “WorldWired Tour,” hitting many markets they’ve missed in recent years, and including a long-awaited return to Nashville tonight, Jan. 24 at Bridgestone Arena!

The tour will feature comedian Jim Breuer as well as a house DJ for a special “Light It Up” pre-show party, and, incredibly, a variety of tickets are still available right here! If you’ve been procrastinating, we suggest snagging yours now, to ensure your spot at the metal show of the year, then read on for more!

Formed at the start of the ’80s in Los Angles, with frontman James Hetfield and drummer Lars Ulrich, as well as guitarist Kirk Hammett, who replaced founder Dave Mustaine just two years in, ahead of the group’s legendary debut Kill ‘Em All, remaining constants, and bassist Robert Trujillo now a permanent fixture for over 15 years, Metallica revolutionized American metal with further ’80s efforts Ride the Lightning, Master of Puppets, and …And Justice for All, before becoming an even more gargantuan mainstream, crossover fixture with their eponymous 1991 effort (most commonly referred to as “the black album”).

Heralded for their technical prowess, broad rock influence, and ability to package metal in a more accessible way, Metallica have remained one of the most beloved and acclaimed rock bands in the world for decades. Though their output has slowed down in the new millennium (and wars with file sharing, placements in video games, and the like have distracted a bit from their music), the band made a notable return to their more thrash geared roots with last decade’s Death Magnetic, and further proved their ability to still appease longtime fans while keeping in more conventional heavy metal territory with late career high point Hardwired.

Still one of the most hard hitting, heavy, and electrifying metal bands in the world, it’s hard to believe Metallica are creeping up on their 40th anniversary (for what it’s worth, they formed in their teens, so they won’t even be in their 60s when the group hits that milestone), and, while we expect them to keep touring for decades to come (we’d bet money on a 50th anniversary run in 2031), there’s no telling when they’ll make it back to Music City. If you like metal, Metallica, or epic arena events, do not miss this show!

Metallica will perform tonight, Jan. 24 at Bridgestone Arena with comedian Jim Breuer. The show is all ages, begins at 7:30 p.m., and tickets are available to purchase for $75-145.