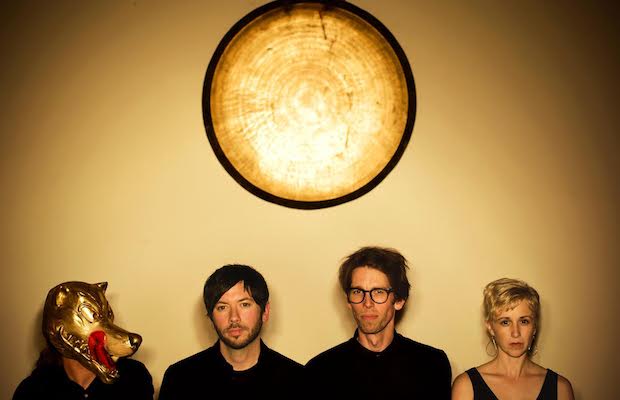 Self-described as “a collaborative project between a Byzantine chanter, a classical organist, a NOLA-trained jazz drummer, and a utility man of hitherto inexhaustible potential,” must-know local outfit The Mute Group have been crafting some of the most interesting, artistic, and genre-bending music to come out of the Nashville scene since first coming together a couple years ago. Following a series of interesting early singles and videos, the band are finally gearing up to drop their debut album, Sinister Hand, Jan. 31 through YK Records. Ahead of that release, we’re incredibly thrilled to bring you an exclusive premiere of the group’s latest music video, for enchanting track “From the Island to the Mountain.”

Theatrical, operatic, hypnotic, and genre and era spanning, the tune is emblematic of the band’s unique style and range, and the video, which was made with dancer/choreographer Alexa Thomas, a senior at Nashville School of the Arts, perfectly captures its vibe. With so many acts so frequently forming with similar and overlapping sensibilities, it’s especially refreshing to find a group who fuse incredibly disparate and largely unconventional musical and artistic backgrounds to forge something wholly distinct, and The Mute Group are a local band whose work should absolutely be on your radar.  Watch their new video right now below, and pre-order the whole LP before it arrives next week!

For even more of a Mute Group fix, you can catch them live this Saturday, Jan. 26 at 5 p.m. for an free in-store performance at Grimey’s, then next Thursday, Jan. 31, for a proper record release show at The Basement, along with Jasmin Kaset and The Robe. Tickets for the latter are available right here.

Tags: From the Island to the MountainNashville Music BlogThe Mute GroupVideo Premiere