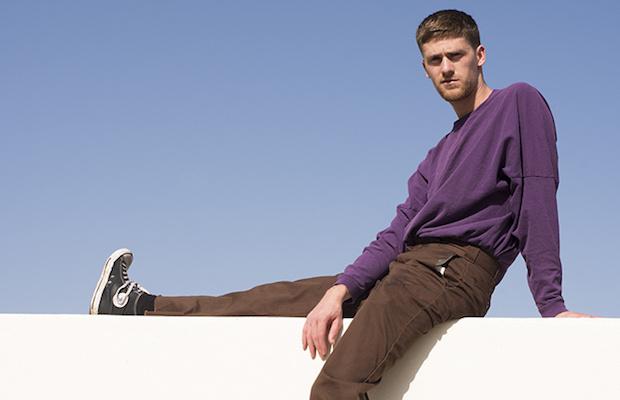 Though he only began releasing music under his solo moniker Still Woozy in 2017, Oakland’s Sven Gamsky has been met with quick, widespread, and well-deserved acclaim, lighting up the blogosphere with a series of singles, and increasing in stature since making his live debut just a little over a year ago. When he hits Music City for the first time, Jan. 27 at Mercy Lounge with local up and coming “cowboy pop” singer and kindred spirit Dreamer Boy, it’ll be a to sold out crowd, further cementing how how real Still Woozy’s underground hype has become. Didn’t manage to get tickets in time? We’re excited to announce that we’re giving away a pair of tickets to one lucky fan, so read on for more on why this is one seriously cool, must-see show, then enter for a chance to win below.

The solo vehicle of Oakland based songwriter, producer, and multi-instrumentalist Sven Gamsky, who preciously fronted math rock group Feed Me Jack, Still Woozy was born out of a desire to express Sven’s more singular artistic vision, beginning with very DIY origins and self-released lo-fi recordings, which found the project a quick and unexpected audience upon release in 2017. Throughout that year and into last, without ever dropping an album and not even playing a show until December of 2017 (when, notably, he opened for Knox Fortune), Still Woozy attracted blog hype and internet buzz for tracks like “Goodie Bag,” “Habit,” and “Lucy,” praised for his inventive, unique, laid back, and hard to categorize blend of acoustic and electronic elements, incorporating bits of soul and r&b into a layered, beat-laden, hypnotizing, and pop accessible sound. The young singer writes and records quickly, opting to release his work as a stream of singles perfectly primed for the internet age, and despite not being a household name or having yet amassed a mainstream following, his underground cred is soaring, as evidenced by a sold out, sizable show for his first appearance in Music City.

Relatively new the scene, at least under his current moniker, “cowboy pop” singer Dreamer Boy is acting as support for this entire tour, but also just so happens to hail from Music City. The new solo outlet of local artist Zach Taylor, who worked with producer and roommate Bobby Knepper to craft his stunning (and, so far, vastly underrated) debut album, Love, Nostalgia, which only dropped back in November, Dreamer Boy channels a similarly layered, soulful, shimmering, modern, and internet-primed style that sits distinct from, but certainly gels perfect with Still Woozy. Local or not, he should absolutely be on your radar if you dig stylish and nuanced modern pop, so be sure to show up early!