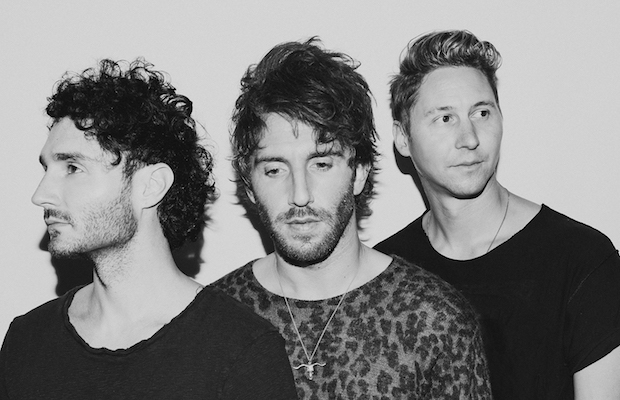 After years of playing together in various projects in the New York area, guitarist Mike Kamerman and singer Sean Scanlon decided to get serious about forming a new band, opting to make the move to Los Angeles where they met drummer Beau Kuther (and former bassist Joe Intile), forming Smallpools in 2013. That spring, the group debuted their first single, “Dreaming,” which promptly shot to #1 on the TheHypeMachine, and earned praise throughout the blogosphere, earning the band a deal with RCA ahead of their eponymous debut. Hitting the road with acts like The Mowgli’s, Walk The Moon, Two Door Cinema Club, and Twenty One Pilots, Smallpools have continued to rise as a prominent new fixture in the indie pop scene, and their 2015 debut full-length, LOVETAP!, spawned several more singles that scored major placements, radio, and blog love.

More recently, Smallpools, who now call Music City home, have been independently releasing a string of new material, further exploring new sonic territory and returning to their roots with a catchy, remix friendly, and electro-laced sound and packed tour schedule. Following last year’s great The Science of Letting Go EP, the band are celebrating their latest release, another new EP called So Social, which arrives next Friday, with a headlining outing in their new adoptive hometown tonight, Dec. 2 at The Basement East! Smallpools alone would be worth ending your weekend on, but local support really seals the deal, with none other than buzzy pop up and comer Spazz Cardigan and longtime site fave J. Human tapped to kick things off! Grab tickets here while they last.