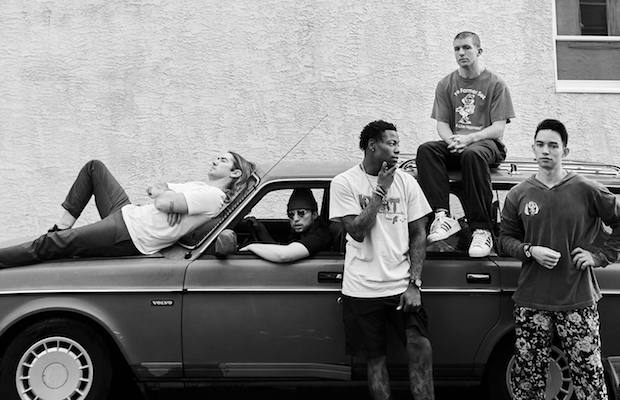 When it comes to the modern hardcore scene- as in real-deal, heavy, fast, ’80s and ’90s infused, unfiltered hardcore punk- no band is hotter right now than Baltimore’s Turnstile. The buzzy group have been around since 2010, but only over the past few years, and especially after 2015 debut full-length Nonstop Feeling, have they defied the typical hardcore band trajectory and leapt out of the DIY scene to become an act with critical acclaim (from unlikely sources like NPR, to boot) and the beginnings of a crossover following. Their sophomore effort, Time & Space, arrived earlier this year through major label Roadrunner, which, again, is kind of insane for an unrelenting hardcore group such as this. Their records are good, but to see Turnstile shine you really need to see them live, where they’ve cultivated one of the most unabashedly fun, energetic, and of course chaotic live shows in the scene.

You can do just that when Turnstile return to town tonight, Dec. 2, moving across the street from their usual haunt at The End, this time to headline the bigger Exit/In. Better yet, they’ll be joined by fellow Baltimore hardcore act Angel Du$t, formed by Trapped Under Ice frontman Justice Tripp a few years back during his other project’s hiatus, who also just released a brand new LP through Roadrunner, and Boston’s Vein, who veer more into the metal side of the spectrum with their own flavor of hardcore. Needless to say, fan of hardcore would be hard-pressed to find a better pairing of modern acts, and if you want to end your weekend with a wild-ass show at Exit/In, you can still snag tickets right here!