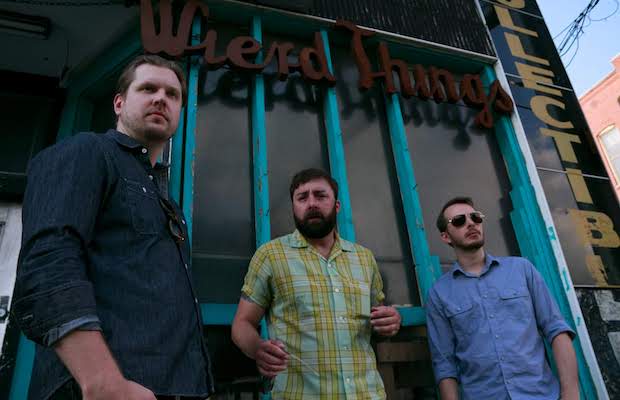 After 20 years of collaboration in multiple musical endeavors, including acts like Sleep Study, Calvin, and Haunted Device, Nashville natives and lifelong friends Chris Husak, Cory Johnson, and David Woods came together early last year to form their latest project, Malibu Blackout. An homage to various eras that shaped their style, including grunge, ’80s alt pop, post-punk, and stoner rock, the band took time to refine their sound, before recording their first three tracks over the summer at local studio Welcome to 1979, and, today, we’re thrilled to bring you an exclusive premiere of their debut single “What I’ve Done,” before it officially drops tomorrow.

Adopting a more desert rock and heavy blues bent (while the other two tracks lean more alt-pop), “What I’ve Done” is a driving, confident, vibey, and hard-hitting debut for this new local project of music scene veterans. With more singles set to arrive in the coming months, and plans to enter the studio once more early next year, we expect to see plenty of buzz surrounding Malibu Blackout in 2019, but, for now, get acquainted with the band by hitting play on their first-ever single below! No local shows are currently on the books, but they’ve been gigging around town in recent months, so if you dig what you hear, be sure to also follow the band on social media for the latest.