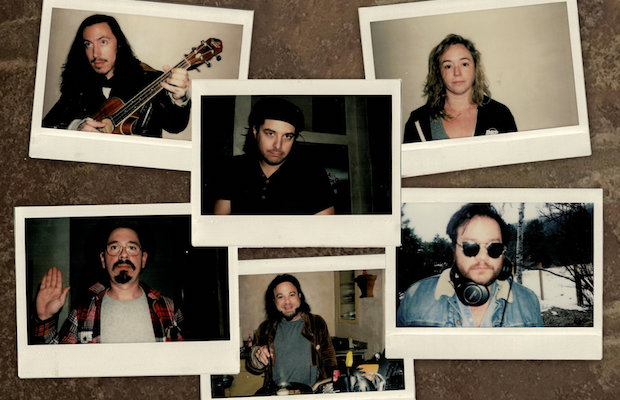 Led and conceived by Delta Spirit frontman and accomplished solo artist Matthew Logan Vasquez, and rounded out by David Ramirez, Jason Robert Blum, Noah Gundersen, Kelsey Wilson, and Adrian Quesada (along with guest contributions from Nathaniel Rateliff), new Americana supergroup Glorietta only released their eponymous debut LP a few months ago, but, unsurprisingly given their individual pedigrees, are already drumming up a ton of a buzz. Often, with teamups like this, individual schedules make live dates an impossibility, but Glorietta are making a point to take this unique collaboration on the road, currently on a run that includes a Nashville debut tonight, Oct. 21 at Mercy Lounge. If you’re a fan of anyone involved, you’re almost guaranteed to love this loose, earnest, and fun joint effort, and there’s no guarantee you’ll get another chance to see this project, especially anytime soon, so we’d suggest snagging tickets here asap! Read on for more about the show.