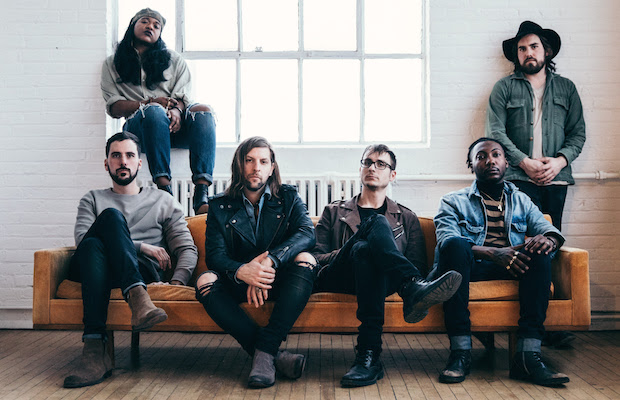 Returning to town for their first headlining show of the year, after a supporting spot with MISSIO a few months back, and marking their first Music City stop since the release of buzzy new LP No Place Is Home, eclectic alt rock up and comers Welshly Arms are set to headline Exit/In on Oct. 10! A bill stacked with rising talent to watch, Canadian rockers The Glorious Sons, also subject to a ton of hype for their hard rocking LPs, are set to support, with British-American poppy alt rock trio Charming Liars tapped to kick things off. All three of these bands are worth your time, and together on the same bill, they bring an interesting, diverse look at what’s next in rock. Grab tickets while they last right here! Or, if you’d rather take your chances, we’re also giving away a pair of tickets to one lucky fan! Read on for more about the show, and enter for a chance to win below.

Winner will be announced Tuesday, Oct. 9 at 12 p.m. CDT, and will receive one pair of tickets. Good luck!