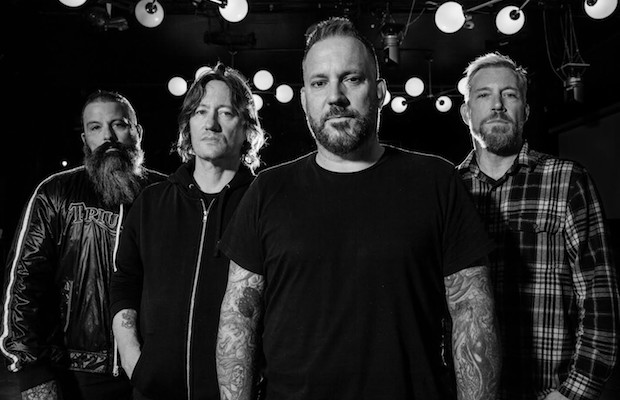 Formed in 1991 by frontman and only constant, Trever Keith, SoCal group Face to Face are best known for being a seminal act in the ’90s punk scene, finding prominence during that decade’s pop punk explosion, notably breaking out with 1995 sophomore LP Big Choice. As the punk and pop punk scene has ebbed and flowed in the 25 years since, Face to Face, like many of their peers, remained a beloved fixture during the ’00s; a constant of punk’s somewhat underground scene that continued to flourish while a wave of late ’90s and new millennium pop punk acts like My Chemical Romance, Jimmy Eat World, and Blink 182 became dominant at the mainstream radio level. After a split in ’04, FTF reconvened in 2008, and have stayed active over the last decade, continuing on a bastion of the golden era of SoCal punk.

When they return to Nashville tonight, Sept. 30, however, it’ll be a very different Face to Face show than veteran fans of the group have seen before. Instant of a loud, rowdy, punk rock experience, the band are out promoting their first acoustic record, a new career-spanning effort called Hold Fast (Acoustic Sessions). Spawned from special VIP acoustic sets before their last full band tour, the album is a wonderfully intimate and deconstructed take on much of Face to Face’s best work, and in order to properly present it, they’ve opted to perform in more intimate, seated venues, leading them tonight to City Winery, a spot where we’ve often enjoyed catching surprisingly stripped down sets from unexpected punk acts in the past. Opening things up is midwestern folk punk Austin Lucas, whose style is already well-suited for this type of performance.

Longtime Face to Face fans certainly don’t want to miss a chance to see the group is such a personal and different setting (especially since the set will include more than just the tracks from the new LP), but even if you’re not familiar with the longtime punk icons, if you dig raw, powerful songwriting in a deconstructed setting, this show is sure to be a blast- grab tickets while they last!