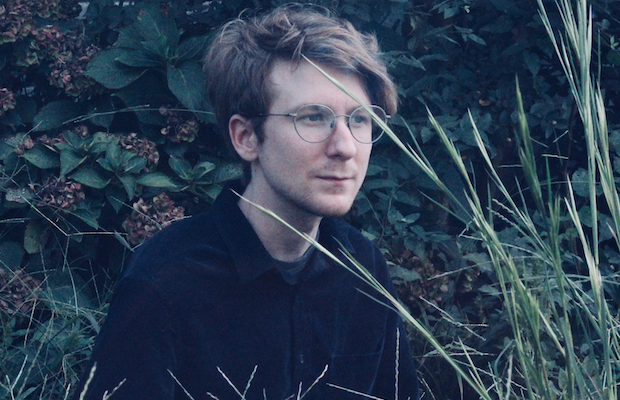 It’s been seven years since we first introduced you to local indie group Best Friend, who, from their (and our) earliest days, we watched grow from a lo-fi surf rock teenaged outfit to a more indie, shoegaze project, releasing several albums along the way, and maintaining regional buzz. In later years, and through last year’s most recent (and, likely, final) effort, zzzzap!, Best Friend saw a rotating door of players, leaving frontman Peter Fox McCarville as the sole creative force, effectively transitioning into something of a solo outlet as McCarville floated between Nashville and Chattanooga as the band fizzled out.

Upon permanently settling in Music City, McCarville opted for a fresh start, ditching the Best Friend moniker and moving forward simply as Peter. With the new name also comes a change in sound, eschewing the shoegaze influence of later Best Friend efforts in favor of a more droning, krautrock bent, while still maintaining a dreamy soundscape. We’re thrilled to team up with Peter to bring you a premiere of his first proper solo single, “Feared and Weird,” which you can stream right now below!

“‘Feared and Weird’ was recorded by me, here in Nashville, at Sweet Blood Sound,” Peter tells us. “It is your classic kraut-y, droning banger – a style I briefly tried on in this track to pay homage to the band Lylas, who are also from here.  Kyle Hamlett writes their songs and I played bass for him a couple times last year, and learned a lot about different song structures and how droning can be sort of ominous and cool. The lyrics are meant to be kind of existential, but trying to be skeptical about it.”

Expect three more tracks from Peter in the coming months, as he rolls out this new project and assembles a group of backing players for live shows. You can also see McCarville performing with the aforementioned Lylas Oct. 13 at the Zeitgeist Gallery, as part of a special exhibition (details here). We’ll keep you posted as Peter becomes more active, but, for now, hear “Feared and Weird,” an exciting and stylish introduction to a new local act you should keep a close eye on, below!