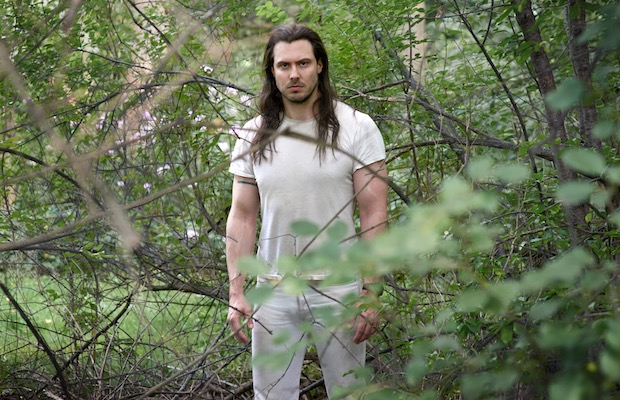 Celebrating his first proper full-length in more than a decade, this year’s excellent return to form You’re Not Alone, hard rocking positive party god turned larger-than-life personality Andrew W.K. returns to Nashville tonight, Sept. 25 to headline The Basement East, along with edgy local duo Birdcloud. Now nearly 20 years since first breaking into the mainstream, W.K. is a figure you’ve almost inevitably encountered, whether for his music or other work, but if, somehow, you’ve never seen the spectacle that is his live show, it should be an essential outing for longtime fans and newcomers to his anthemic, raucous sound alike. Tickets to Andrew’s latest Nashville stop are still available here, so grab ’em now and read on for more about the show!

After cutting his teeth in punk and metal bands in the underground scene of his native Michigan, singer, songwriter, producer, and party god Andrew Wilkes-Krier reinvented himself as Andrew W.K. upon relocating to New York in the late ’90s, garnering immediate buzz for his early material and energetic live show, soon inking a major label deal ahead of his massive 2001 debut LP, I Get Wet. Beloved for his anthemic, infectiously fun, larger-than-life sound and style (his look, for all these years, has remained a grungy all white outfit and long rocker hair and his sound a sort of ’80s inspired, hard rock about partying and positive thinking), Andrew instantly became an antidote for the brooding, angsty, self-serious nu-metal of the early ’00s, landing a string of iconic hits, huge tour opportunities, and television appearances. His followup, 2003’s The Wolf, helped further showcase Andrew’s genuine musical talent and range, notably featuring the singer on every instrument, and positioned as more than a one-hit wonder, carrying his career into interesting and unexpected directions throughout the ’00s.

Plagued with some legal drama over credit and ownership of his sound and image (it’s all rather mysterious, and even involves a theory that this Andrew W.K. is a double or imposter- he’s not), W.K.’s third album, Close Calls with Brick Walls, never saw a proper U.S. release back in ’06, and in the subsequent years, the singer strayed from specifically focusing on music, trying his hand at motivational speaking and self-help, performance art, writing columns, producing for other artists, hosting film, television, and radio, opening a nightclub, and generally becoming a television personality and public persona. Though he never fully left music, continuing to work with other artists, embark on side projects, tour the world in various capacities, and release more experimental works (a couple of Japanese-only covers albums, a 2009 new age-y instrumental piano effort), it wasn’t until earlier this year that Andrew finally returned with a proper new LP, You’re Not  Alone. Every bit the hard rocking, party-primed, inspirational effort of his youth, the album manages to both feel like a fitting Andrew W.K. album, and also a portrait of a singer who’s become a bit wiser and more philosophical with age. To get the full experience, however, you must see Andrew W.K.’s wild and electrifying live show, and given his intermittent full band stops in Nashville, this one definitely feels like an essential outing.

Few Nashville groups feel like as a perfect a fit to support an Andrew W.K. show than formidable duo Birdcloud. Made up of Jasmin Kaset and Makenzie Green, who met while attending MTSU, the band have been a local favorite now for a number of years, stirring up both accolades and intentional controversy for their satirical, biting, and deliberately inappropriate songs, which feel like both a deliberate pushback on the proliferation of P.C. culture (but not in the conservative “you’re all snowflakes” sort of way, more like in the South Park “hey the world is actually kind of fucked up and complicated, and sometimes it’s important to navigate and hold a mirror to and poke fun at it” way) as well as a “portrait of real America” response to the mainstream country industry’s tendency to portray things as safe and sterile. Sonically influenced by country and folk, with a minimalist sound focused more on lyrics and themes, Birdcloud are an unrelenting, edgy, and highly entertaining band to see live if you dig what they’re going for, and at an Andrew W.K. show, they’re sure to fit right in. Show up early!