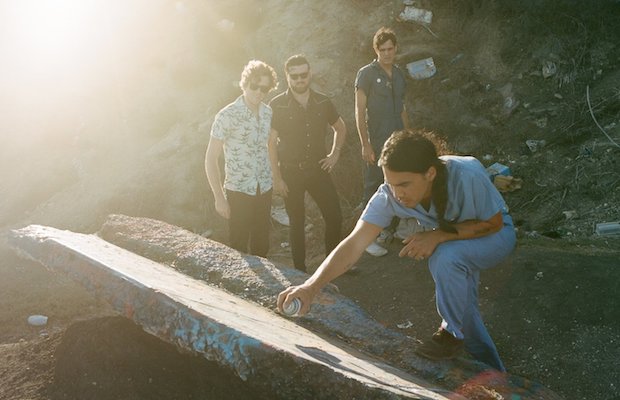 Returning for the first time in a couple of years for their biggest Music City headliner to date, LA skater punks FIDLAR are set to play the Cannery Ballroom with two promising Canadian acts on the rise, grunge rockers Dilly Dally and garage punks NOBRO, on Friday, Sept. 21. While it’s been a few years since FIDLAR followed up their beloved, eponymous debut with equally great sophomore effort Too, the band have been winding back up with some stellar new tracks this year, ahead of a highly-anticiapted third full-length. One of the most fun and unpredictable live bands to crop up in recent years, any time FIDLAR come to town is a must-see, and you can still grab tickets to their latest stop right here! We’re also excited to announce that we’re giving away a pair of tickets to one lucky fan, so read on for more about the show, and enter for a chance to win below.

Winner will be announced Thursday, Sept. 20 at 8 a.m. CDT, and will receive one pair of tickets. Good luck!