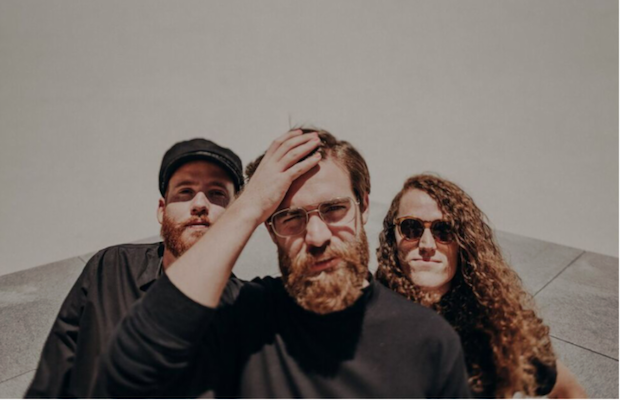 What began as a vehicle for singer Skyler McKee’s poetry, Orange County, CA’s Super Whatevr became a proper band in 2016, self-releasing their earnest, emo meets indie and alt rock laced debut EP, Good Luck, soon after, earning respectable early buzz and the attention of Hopeless Records, who signed the group and re-released the album last year, as well as their first full-length, Never Nothing, earlier this year. Fresh off of a recent tour supporting Sum 41, and en route to this year’s Riot Fest in Chicago, the band, whose sound feels like a throwback to the best of the indie and underground emo scene of last decade, return to town tonight, Sept. 10 to headline The End, where they also played back in the spring, along with fellow SoCal natives Beach Goons and local singer Chase Huglin.

Hailing from San Diego, and celebrating the brand new release of their record hoodratscumbags, Beach Goons play a surf-tinged, emotional style of garage rock that definitely compliments, but feels pretty distinct from Super Whatevr. And though his recent effort, Will the Sun Ever Come Back, saw local folky, acoustic-rooted, indie punk transplant Chase Huglin flesh out his sound with lush, full band arrangements, tonight will be more of a return to form, with a solo, acoustic set to kick things off. This is an awesome bill for fans of punk-infused, thoughtful emo and indie, and though tickets are no longer available online, there will still be plenty available at the door- don’t miss it!

Phangs Wraps Up Emotional EP Trilogy with 'No One Loves You' | See Him Nov. 17 @ The Back Corner