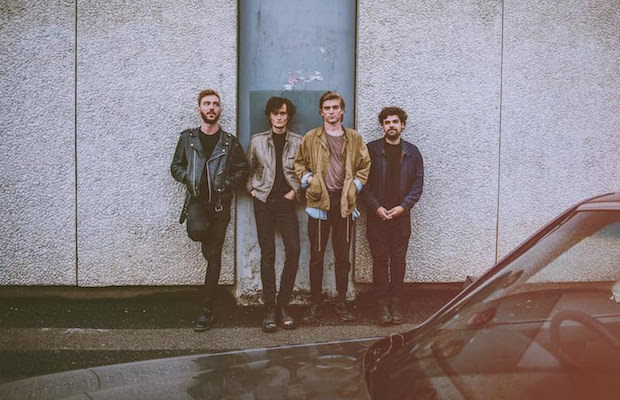 Out in support of their phenomenal new third album, Room Inside the World, Canadian art/post-punk favorites Ought are set to return to town Sept. 10 to headline The High Watt with buzzworthy LA post-punk newcomers Moaning and local indie punk favorites Butthole. A band we’ve had an eye on for a few years, and one that has continuously impressed us each time we’ve had a chance to see them live, Ought adopt a smart, edgy, expansive, and genre-bending sound that feels both indebted to much of the classic post-punk we love, as well as wholly unique in its approach. One of the last great must-see shows of the summer, tickets are still available here, and for an intimate space like The High Watt, they might not last. We’re also excited to announce that we’re giving away a pair of tickets to one lucky fan, however; read on for more about the show, and enter for a chance to win below!

Winner will be announced Thursday, Sept. 6 at 8 a.m. CDT, and will receive one pair of tickets. Good luck!