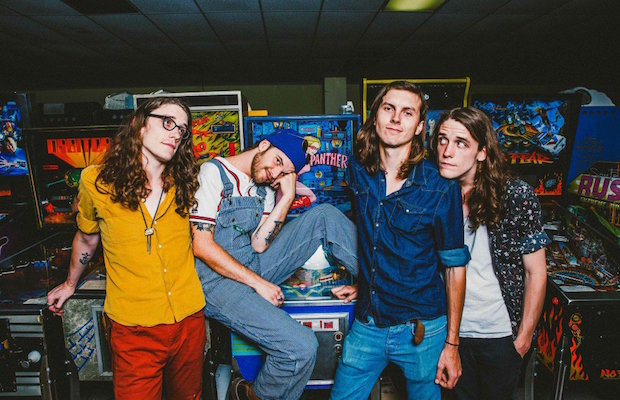 It’s been a minute since we checked in on local southern and garage rock favorites The Weeks, who, since releasing their long-awaited third full-length, Easy, last year, have been back on the road, reigniting buzz, and continuing to earn their reputation as one of Nashville’s best, most hardworking bands. Though they make a point to play shows around town semi-regularly, in recent years, the group have increasingly focused on more unique and fan-geared local outings, often performing in more intimate spaces as they have their own portable stage, making surprise appearances under aliases, or centering their shows around special occasions.

Their just announced New Year’s Eve show would definitely fall into the latter category, as the rockers are heading to Southern Grist Brewing‘s new West Nashville taproom in The Nations, to ring in the New Year with Liz Cooper & The Stampede. Dubbed “LAGER IN THE NIGHT,” this is the first exciting New Year’s Eve party we’ve caught wind of so far, and as big fans of ending our year with live music, it’s definitely sure to be a top contender come December. Tickets are available now, both for general admission and VIP (which includes a meet & greet, unlimited beer, a special viewing area, and more), and, as with many NYE events, this is likely to sell out well in advance. Sure, it’s early to start thinking about 2019, but kicking off the year with a stellar local show sounds like an excellent decision to us!